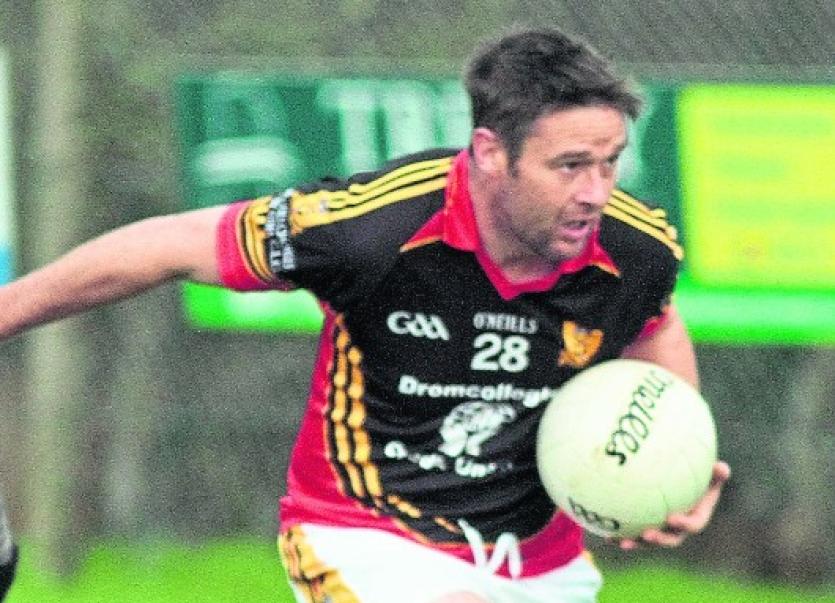 It was the east Cork side that found three late points to force extra time and they then pushed towards the winning line in extra time to reach a December 9 final against Clare's Doonbeg or Kerry's Kilgarvan.

Ballinacurra had the ideal start with a Jake Hegarty goal inside five minutes but by half time the semi final was level, 1-2 to 0-5 with John O'Kelly and Pat Donnelly accounting for all the Limerick scores from frees.

Micheal Reidy had their first score from play inside one minute of the restart and it was a lead then held until injury time when Ballinacurra forced extra time.

In a competition won last year by Ballybrown, Drom-Broadford looked on course for the final when Marty Stokes and John O'Kelly kicked points for a 0-11 to 1-5 lead with two minutes to play.

But Ballinacurra forced extra time and then in the added 20-minutes they were always ahead once Hegarty added his second goal. Drom-Broadford's only extra time score came from Neil Conway but there was no denying Ballinacurra with Jake Hegarty, Killian Harty and Kelvin Krushal all among the scores.

* See the print editions of the Limerick Leader for a full match report and pictures.