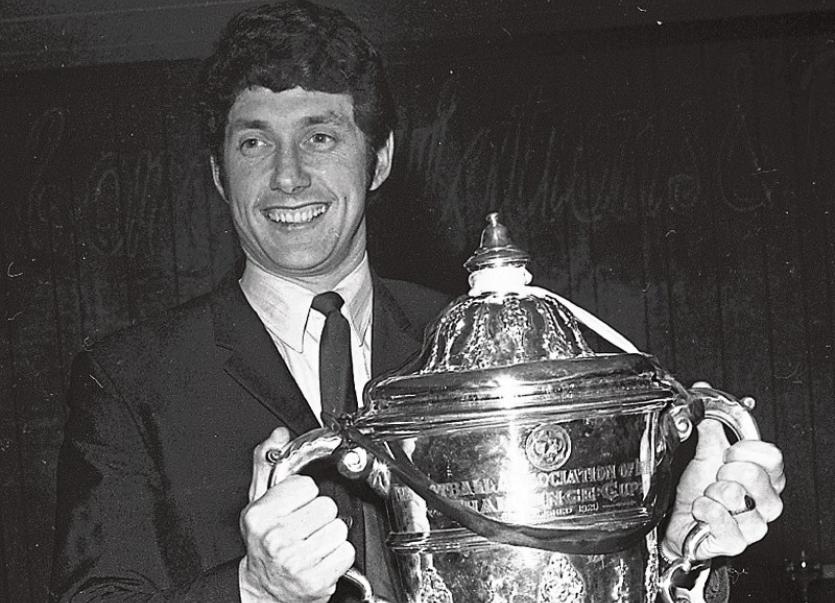 Finucane, who made more than 630 appearances in the League of Ireland between December 1960 and April 1988, was awarded the Professional Footballers’ of Ireland (PFAI) prestigious Merit Award.

Finucane was never sent off and was booked only three times. He captained both Limerick AFC and Waterford Utd to FAI Cup glory.

Finucane is one of only two League of Ireland players to captain the Republic of Ireland at senior level.

The three-time FAI Cup medal winner won 11 senior captains for Ireland, captaining his country against Austria in Linz. Finucane also played in two uncapped internationals against West Germany’s Olympic team and Australia and played in an U-23 game against France.

The Limerick central defender’s League of Ireland career began with Limerick in a 2-2 draw against Shamrock Rovers at Miltown on December 4, 1960 as a 17-year-old.

Finucane, from Quins Cottages, in Rosbrien, moved to Waterford United in the 1973-’74 season where he remained until the start of the 1981-’82 season when he returned to Limerick Utd.

Finucane’s final two season’s in the League of Ireland were with Waterford Utd in 1986-’87 and Newcastle West in 1987-’88. The stylish defender made his final appearance in senior football for Newcastle West in their First Division tie with UCD at Ballygowan Park on April 10, 1988.

The star defender was renowned for his sense of positioning, composure and distribution skills.

To top it off, he is the oldest player to play in European competition at 43 years and 261 days old, quite some feat and those records will be difficult to surpass in the modern game.

Al Finucane was presented with his award in Limerick in the presence of the current Limerick FC squad prior to the awards night in Dublin.

The full list of 2018 PFAI award winners is as follows:

Premier Division Team of the Year

First Division Team of the Year