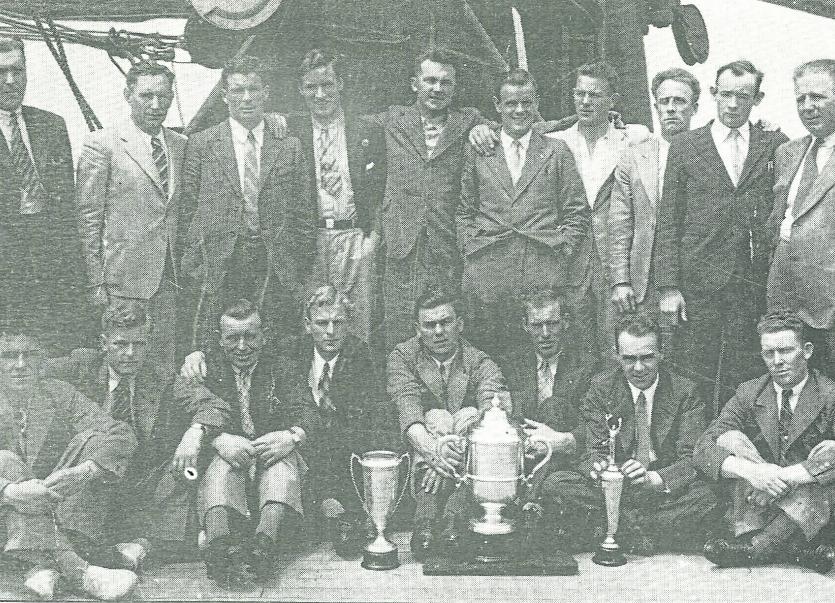 LIMERICK’S All-Ireland winners jet out to Boston this Friday morning to retrace the footsteps of Mick Mackey and the hurling heroes of the 1930s.

Sunday will be Limerick’s first game in the US since the Carrolls All Star Tour of 1974, when then All-Ireland champions Limerick played an All Star selection in San Francisco.

Limerick have played in Boston previously – in 1936!

On that occasion Mick Mackey and team-mates embarked on a month-long US tour with two games in New York and one in Boston.

The New York games were played in Yankee Stadium with over 40,000 attending.

On May 30, 1936 Limerick played a Massachusetts selection in Cambridge, Boston – Limerick were 9-4 to 2-2 winners.

Back 82-years ago, Limerick travelled across the Atlantic ocean on the SS Manhattan from Cobh – a sea journey of six days.

This Sunday evening (6.50pm, Irish time), Limerick play Wexford in the semi final of the Fenway Hurling Classic. Victory would see John Kiely’s men back in action almost immediately against Clare or Cork in the final of the exhibition at 8.10pm – all games live on TG4.

Ahead of the game on Sunday, Limerick will travel to Boston's Irish Cultural Centre in Canton on Saturday for a meet-and-greet with the local underage GAA teams.

In the Fenway Classic, each team has 11 players on the pitch and there is no limit to the number of substitutions. The matches will be divided into two halves of 20-minutes. Only goals can be scored – a goal scored from within the defensive zone is equivalent to three points while a goal scored from outside the defensive zone is equivalent to five points.