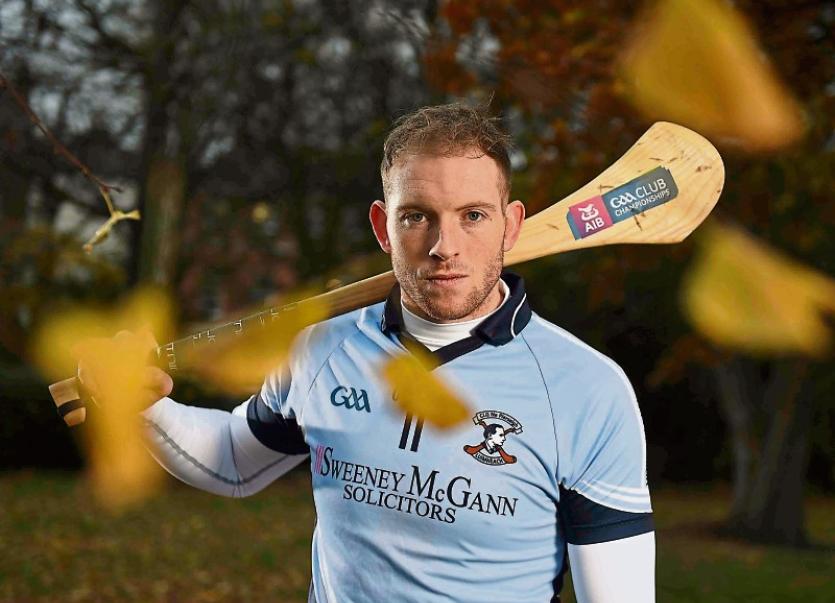 The Limerick city side travel to Thurles bidding to collect a fifth Munster club title in eight years.

Victory for Paul Beary's Caherdavin men will make them just the fifth side ever to retain the O’Neill Cup.

Live on TG4 from 2pm, the 2019 provincial final is a repeat of last year’s decider between the Limerick and Waterford kingpins.

Ballygunner have contested nine provincial finals throughout their history and won just one, against Blackrock in 2001. Na Piarsaigh have been their downfall in a couple of those deciders (2015, 2017), and last year Ballygunner were in a strong position before the Limerick side roared back to win.

Fergal Hartley’s five-in-a-row county champions side edged out Ballyea after extra time in their Munster semi final, while the men from Caherdavin eased past Clonoulty-Rossmore of Tipperary.

Na Piarsaigh are still unbeaten in all 12 of their provincial games, are chasing a fifth Munster crown, and hope to become just the fifth side ever to retain the cup.

“Listen, if I was in Ballygunner’s shoes, I’d be (hungry),” said Shane Dowling at the launch of the AIB GAA Club Championships Provincial Finals Media Day this Wednesday.

“In 2011, that was probably the one that got away from them. We went down after winning the county for the first time - we were nine points down and came out after half time and had some very bad wides, and then we had a rally. The last two years there’s been a point in it after 58 and 59 minutes, and they led us at half time last year.

“They’ve been nip and tuck even though we beat them by seven or eight points both days, when you look deeper into it you can see there’s a point in it with a minute to go,” outlined Dowling.

“That’s something they'll see where, if there’s a point in it this time with a minute to go, they’ll say ‘let’s make sure we don’t lose it’. But we’ll be ready for that. At the same time, only four clubs in the history of this thing have done back-to-back and it would be something special if we could make it five, and that’s what we’ll try to do,” said the ace free-taker, one of six Limerick All-Ireland SHC winners in the light blue line-up.

Between club and county, Dowling has been “on the go since November 2016” and it’s a measure of both his and Na Piarsaigh’s desire that they have put themselves back into this position.

This time last year, the classy forward was on crutches after a knee injury suffered in the county final, and had the interesting scenario of Tadhg O’Sullivan - uncles of Philip and Pauric Mahony - overseeing his surgery. A shoulder injury suffered against Clonoulty gave Dowling a nervy 48 hours, but he’s now raring to go for Sunday’s final.

A quick inspection of the forward’s mantle piece shows that he has won every major championship honour in the game: Munsters and All-Irelands at both club and county level, not to mind an All Star in 2014. He’d be forgiven for putting his feet up at this stage, but the enthusiasm for more is obvious.

The external pressure to live up to expectations might be gone, but internally it carries on.

“I’ve won what I’ve won and it maybe doesn’t make it as pressurising as such. At the same time, you don’t want to maybe put in two or three dud years and then retire - that would be an anti-climax. You don’t want to rest on what you’ve won because there will be long enough when you’re looking at it.

“So when you’re involved, you may as well try to get the best you can out of yourself and the team and get success. When Kilkenny were there, they didn’t want to rest at one or two, they wanted to win everything they could and I’d imagine it’s going to be the same with Limerick.”

The Treaty’s thrilling All-Ireland win rounded off an amazing summer of inter-county hurling, and 2019 is shaping up to be just as good. Liam Sheedy will return as Tipperary manager, and his opening competitive fixtures is a December 14 clash with Limerick.

In a curious twist, both Sheedy and John Kiely enter the clash with their most recent outings being All-Ireland final wins.

There has been plenty of criticism of the pre-season tournament beginning before Christmas, and Dowling thinks a compromise could be found.

“Maybe there could be a rule that if you played in the previous year’s championship, then you can’t play in it,” he said.

“We were in the Munster league last year and you’d be surprised how it helped us. Seamus Flanagan got his chance then, and then went on to have a good league, and stayed in the team. So maybe just the experienced lads who have been on the go for seven or eight years could be left off, while the newer lads get a chance.”

A number of club matches have been marred by melees in recent months, with plenty of footage going viral on social media.

Among them was a Down club league game between Ballyholland and Downpatrick which spilled into the crowd, while Dingle selector Colm Geaney was banned for eight weeks for striking East Kerry footballer Dara Moynihan.

“This thing of giving lads a one-match ban or a €200 fine for a club is a load of rubbish,” said Dowling of how the trend can be curbed.

“Any fella that assaults someone - if you did it to someone on O’Connell Street on a Saturday night, you’d end up inside to jail. Any fella who goes fighting in the GAA, that’s where he should end up as well. Like you see what Diarmuid Connolly got for what he did to the linesman (suspended for 12 weeks in 2017), and then you see that buckaroo down in Kerry and the punishment he got. How can that compare?” said Dowling.

“Literally all that’s doing is that if you see something on the sideline, you can think ‘I can hit this fella a slap and I’ll only get a Mickey Mouse of a suspension’. The harshness of the results of what you do – if it keeps going like that, things are going to stay happening,” said the Na Piarsaigh star.