Conor Murray to make call on availability to face All-Blacks 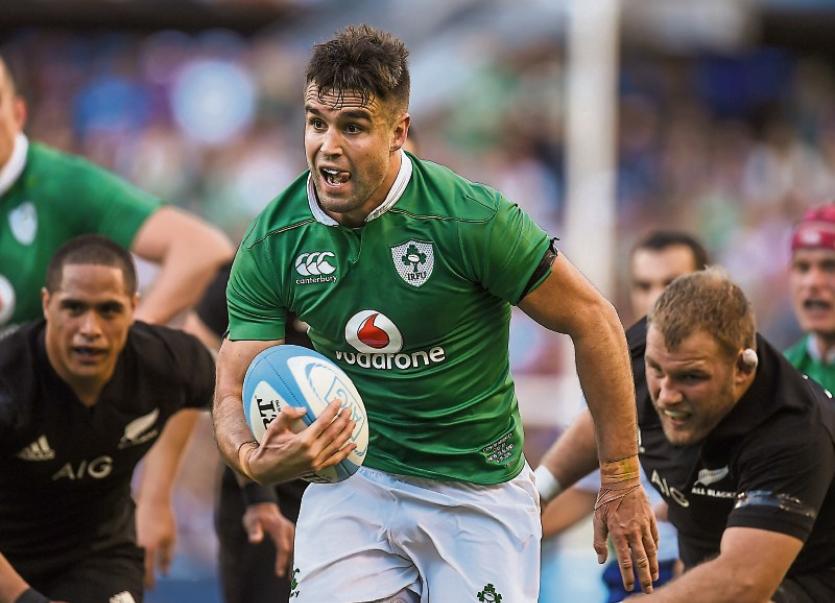 CONOR Murray will decide on whether he is fit to face the All-Blacks in next Saturday’s glamour autumn international with New Zealand at the Aviva Stadium, 7pm.

Ireland head coach Joe Schmidt said it would be the Patrickswell man’s call on whether he would be in the mix for selection to face New Zealand in Dublin next weekend.

Murray has not featured for Munster or Ireland this season due to a neck injury.

Asked about the possibility of Murray being involved in next weekend’s battle of the top two ranked sides in the world, Schmidt said: "I'm going to chat to Conor and see how he is.

"It will really be Conor's call, so I can't answer that until I've chatted to him."

Murray was at the Aviva Stadium on Saturday night as Ireland ground out a hard fought 28-17 victory over Argentina.

In his post-match press briefing head coach Schmidt admitted it was ‘highly unlikely’ that 29-year-old Murray would feature against the All-Blacks.

Schmidt said: "It's not the injury it's really just how ready Conor is, how fully fit he is because the injury itself has gone really well.

"So it is tough to come back into a game of that magnitude though.

"It is highly unlikely he will be involved, but as I said, I will talk to him."