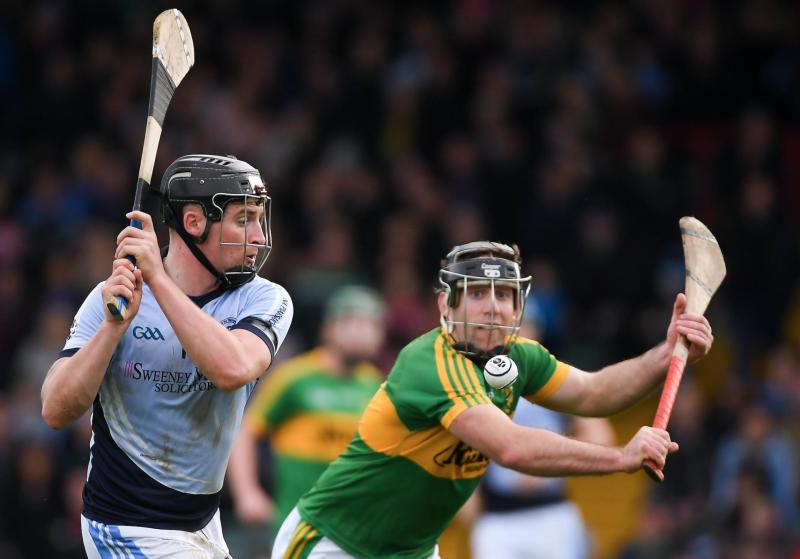 Joel Slattery in the Gaelic Grounds

NA PIARSAIGH  are just 60 minutes away from a historic fifth Munster club title after defeating Tipperary champions Clonoulty-Rossmore 3-22 to 0-13 in the Gaelic Grounds.

The Caherdavin men had 18 points to spare as they extended their remarkable unbeaten run in the provincial championship to 12 games with this facile victory.

The winners flew out of the blocks with Adrian Breen and Peter Casey causing trouble for the Clonoulty full back line. Two pointed frees from Shane Dowling and a Breen score from an acute angle gave the Limerick champions a 0-3 to no score lead after six minutes.

The Tipp side finally got off the mark through a Timmy Hammersley free before scores from Ronan Lynch, Dowling, Breen and the impressive David Dempsey saw the Caherdavin men have a 0-7 to 0-2 advantage at the end of the first quarter.

In a first half dominated by the Light Blues, the defending Munster champions found the back of the net in the 24th minute.

Great work from Will O’Donoughue, Alan Dempsey and Breen set up Kevin Downes who made no mistake with the finish to put Na Piarsaigh 1-11 to 0-4 ahead.

The Limerick side rose a second green flag on the stroke of half time when Peter Casey finished emphatically after being set up by Kevin Downes.

The Limerick side continued where they left off at the start of the second half with county final man of the match Alan Dempsey pointing less than 90 seconds after the restart.

However, to their credit, Clonoulty didn’t give up, the Premier county side hit four points in a row.

This run was broken by Adrian Breen’s fifth point from play as Na Piarsaigh eased to a fifth provincial final since 2011 with this impressive display.