Tactics Board: Stick or Twist, the options for Limerick FC's Tommy Barrett 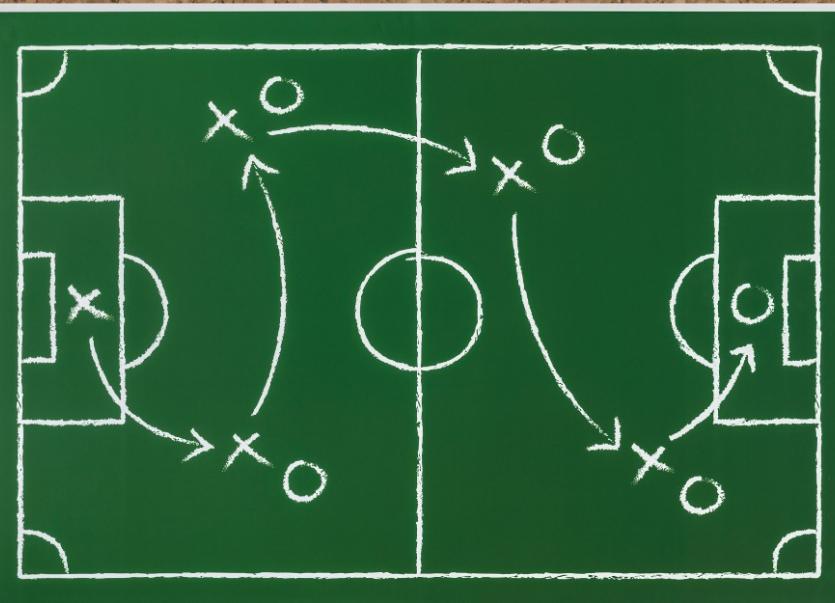 Facing into the most important fixture, of what can only be described as turbulent first season in management, Limerick FC manager Tommy Barrett must have a plan 'B[ in place if his side are to overturn the 1-0 deficit when they face finn Harps at the Markets Field.

In Ballybofey, on Monday night, Limerick lined up as they have for most of this season in their familiar 1-4-3-3 formation.

Captain Shane Duggan, man of the match in my opinion in the first leg of this promotion/relegation play off, was the most defensive of a midfield unit that also included Cian Coleman (doing the box to box role) and Barry Maguire who was the attacking link in possession.

Maguire was also tasked with the responsibility of picking up Paddy McCourt when the former Celtic star was possession. McCour, who will play his final game of a fantastic career on Friday, neatly tucked away the penalty that gives the Northerners the advantage coming to the famous Garryowen venue.

Aside from the penalty, McCourt offered only sideways and backward passes. He looked laboured out of possession and was quite rightly substituted midway through the second half.

When considering McCourt’s performance one must question Maguire’s overall contribution. He really is a player that Limerick depend on, to unlock defences and this will never be as important as it is on Friday if Limerick are faced with the expected compact 1-5-3-2 wall of 'Harps'. The Donegal side will try to defend their way out of the dreaded First Division.

The three front players Ellis, O’Sullivan and Dennehy could not provide the formula to break down the home rear-guard on Monday night and Barrett should be considering a change in stations that might help matters.

Billy Dennehy started as a left legged player on the right side of the front line, a ploy often used by coaches to encourage wingers to come inside off their wing in possession, onto their favoured foot opening up a possible shooting opportunity. This is as opposed to attacking down the line and attempting to cross the ball into the opposition's penalty area. The problem with this tactic is that the opposition midfield players can defend in those areas anticipating the move and block any attempt reaching the goal.

If Conor Ellis was moved to the right, in place of young Karl O’Sullivan, who is not yet experienced in games of such pressure it could give another dimension to start with and also another attacking option from the bench late in the game in the 'Blues' are in all out attack mode.

Keeping Dennehy on his favoured left hand side could also reap rewards if Tommy Barrett decides that the expectant Harps deep defensive line suits the attributes of Danny Morrissey. The front man, whilst obviously not fit, is a proven taker of chances at this level.

The back four of Kelly, Cantwell, Brouder and Tracy does not need altering and despite one lapse in concentration that led to the penalty this unit had little to deal with all night and can expect the same on Friday unless there is a change in tactics from the vastly experienced and astute manager Ollie Horgan. The Harps boss knows that one goal for his side could potentially relegate Limerick.

Tommy Holland, who departed Finn Park through injury in the first leg, will be replaced by the very capable Jack Brady. If Holland is indeed not fit to play, a switch to 1-4-4-2 at some point in the game must also be in the manager's mind.

Barrett has called for patience from the North stand if a goal does not arrive early but one thing is guaranteed, the stadium will have an electric atmosphere for an absolutely massive game on a night that his players simply must deliver.