Just four soccer games to go ahead this weekend 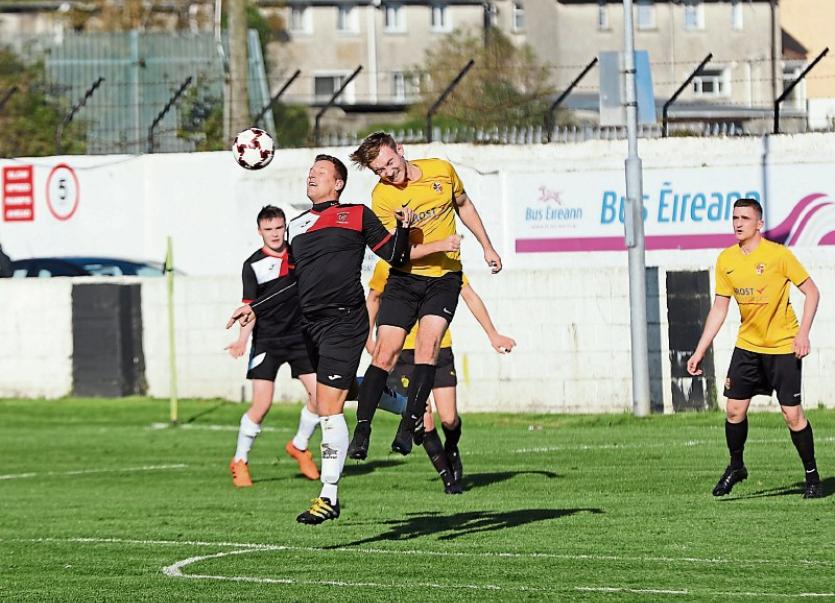 The FAI Senior Cup Final is on this Sunday and as a result there will be no games on Sunday.

The only games to get the go ahead will be played on Saturday evening on Astro Turf.

Leaders Pike Rvs look to open up a four point gap at the top of the table when they visit Aisling in Annacotty.

Pike had a free weekend due to ‘Dinner Dance’ celebrations while Aisling suffered a heart breaking defeat to Janesboro in the Munster Junior Cup.

Mike Aherne’s side had victory in their hands and let it slip going down 3-2 after extra time. It remains to be seen how this young side recover from that disappointment as they welcome a bang in-form Pike Rvs XI.

The ‘Hoops’ are in great form and remain unbeaten to date.

Their last game, a win over Ballynanty, saw them take over top spot and they will be looking to strengthen their grip.

Aisling have a good bunch of young players who will be up for the challenge but they face a vastly experienced and successful side and it’s hard to see them being stopped.

Regional Utd will be looking to consolidate their position in the top four and keep pace with Pike when they host Nenagh.

The sides met in the FAI two weeks ago when Regional put on a masterclass of finishing to score ten goals.

The Tipperary side bounced back well last Sunday following that defeat to beat a young Carew Park XI and will be looking to show the previous game between the sides was an aberration.

The final game sees Charleville chasing their first League win of the season when they welcome Geraldines.

Ironically despite a woeful start to the season, a win on Sunday would bring the Co Cork side within touching distance of three sides just above them in the safety zone.