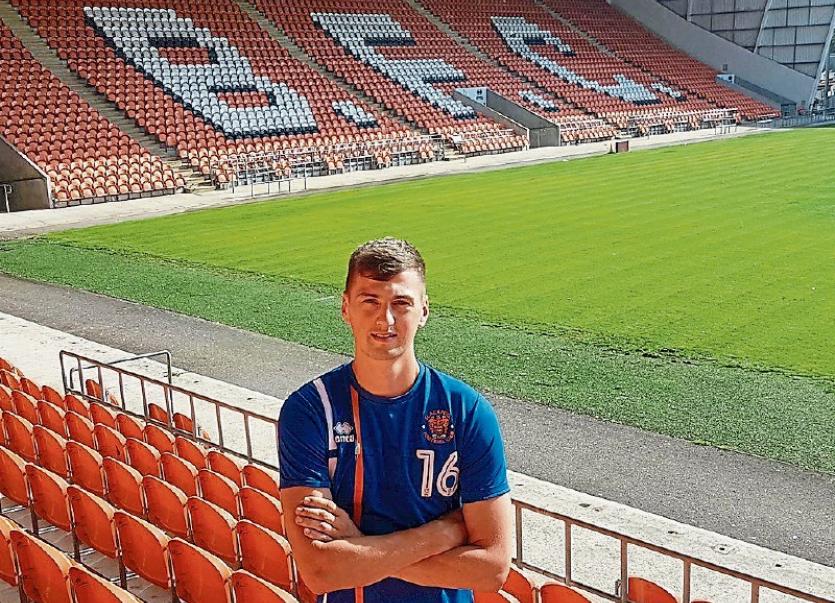 O’Connor’s Blackpool side will take on Premier League heavyweights Arsenal in a glamour Carabao Cup fourth round tie at the Emirates Stadium this Wednesday night, 7.45pm.

Blackpool beat QPR 2-0 in the third round to set up a meeting with Unai Emery’s Arsenal side.

Twenty one-year-old Ballybrown defender Paudie O’Connor joined English League One side Blackpool on a season-long loan deal from Leeds United during the summer.

O’Connor has made five appearances for Blackpool, currently 12th in League one, since the start of the season.

The Limerickman was an unused substitute for Blackpool in their 3-2 defeat away to Fleetwood Town in their Sky Bet League One clash on Saturday.

Blackpool will head to The Emirates to face @Arsenal in round four of the @Carabao_Cup pic.twitter.com/unpSoaxLF7