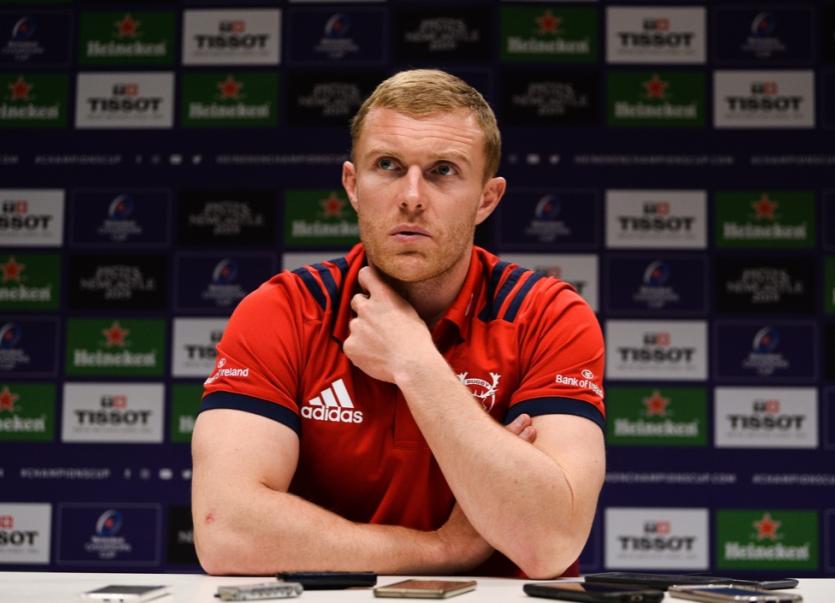 MUNSTER Rugby have named a strong side for Saturday's Pro14 clash with Glasgow Warriors at Thomond Park (5.30pm)

Nine of the 11 Munster players called up to the Ireland squad earlier this week are included in the 23.

Peter O’Mahony captains the team and Keith Earls, fresh from signing a contract extension, returns as one of seven changes to the side that secured a bonus-point win against Gloucester in the Champions Cup last week.

Sammy Arnold is included having been named in an Ireland squad for the first time this week with Alby Mathewson and JJ Hanrahan also coming in to form a new half-back partnership.

The three final changes are in the pack with hooker Niall Scannell returning from a knock as Billy Holland and Chris Cloete are also included.

Mike Haley starts at full-back with Andrew Conway and Earls on either flank.

Glasgow Warriors have enjoyed a superb start to the Guinness PRO14 campaign with five wins in the opening six games putting them at the top of Conference A.

An away trip to Connacht in their opening game saw the visitors come out on top by a point after a thriller at the Sportsground, with Stuart Hogg kicking the match-winning penalty with seven minutes remaining.

Munster travelled to Glasgow in Round 2, with the home side prevailing 25-10 after tries from Callum Gibbons, Stuart Hogg and Adam Ashe.

Glasgow then travelled to South Africa for Round 3 and 4, defeating the Cheetahs 52-24 in a game that saw 11 tries scored, including five from Glasgow in the second half. Round 4 conjured up what many would consider a surprise result, as they went down 38-28 to the Southern Kings who secured a bonus point win in their first victory of their campaign.

Rounds 5 and 6 saw the Warriors back on home turf and back in business with two bonus point wins – defeating the Dragons 29-13 and Zebre 36-8. It was a tough start for Glasgow Warriors in Europe as they went down 13-3 to Saracens at Scotstoun in Round 1.

Last weekend, they travelled to Cardiff Blues and got their Champions Cup campaign back on track with a very impressive 29-12 bonus-point win.