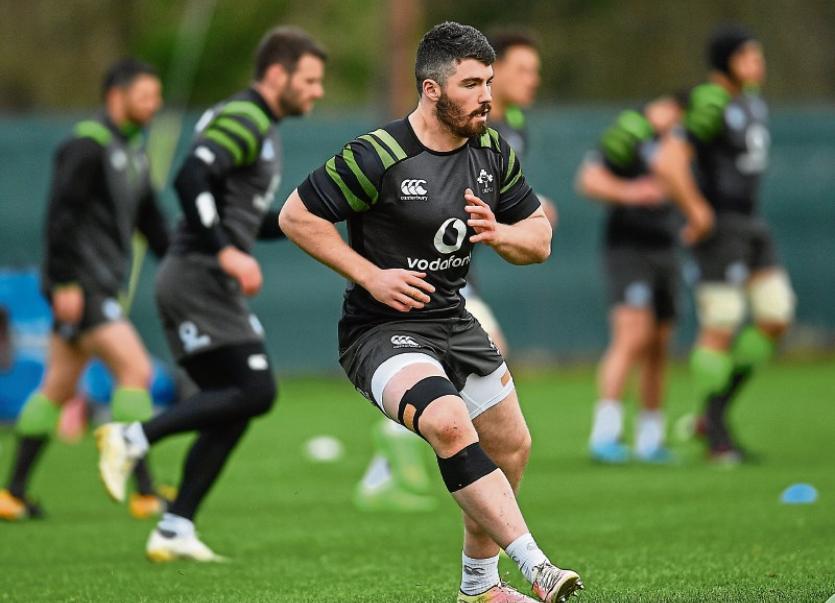 Munster centre Sam Arnold is named in the Ireland squad

ELEVEN Munster players have been included in the Ireland squad for the upcoming international fixture with Italy in the US and three autumn internationals.

Five Munster backs and six of the province’s forwards have been named in Joe Schmidt’s squad.

Uncapped Munster centre Sam Arnold is among the players included in the 42-strong squad.

Among the Munster players to miss out are tighthead prop Stephen Archer and centre Rory Scannell.

Ireland will play four Test matches in November with the first fixture seeing the squad return to Chicago to participate in The Rugby Weekend at Soldier Field taking on Conor O’Shea’s Italy on Saturday, November 3.

Argentina are Ireland’s first opponents of the 2018 Guinness Series at the Aviva Stadium on Saturday, November 10.  Under the direction of Mario Ledesma Los Pumas have recently recorded victories over Australia and South Africa in the Rugby Championship.

On Saturday, November 17, New Zealand return to the Aviva Stadium for the first time since claiming a hard fought victory in 2016.  The final game of the Guinness Series sees Ireland host USA Rugby in what will be the Eagles first visit to the Aviva Stadium.