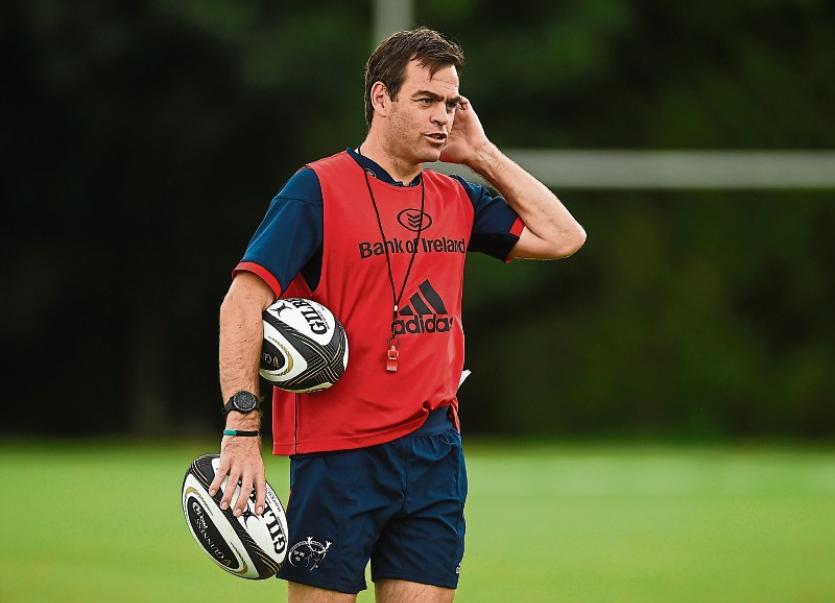 REPORTS in South Africa suggest Munster head coach Johann van Graan is on a short list of candidates to become head coach at Super Rugby side, the Bulls.

Thirty eight-year-old Van Graan has previously served as forwards and attack coach with the Bulls.

The Bulls are in the market for a replacement for John Mitchell, who recently took up a position in Eddie Jones’ England backroom team.

A report in today’s Irish Independent suggest Van Graan is on a shortlist to replace Mitchell along with Springbok lock Victor Matfield, Gloucester head coach Johann Ackermann, whose side played at Thomond Park last weekend, and the Southern Kings' Deon Davids.

Van Graan moved to Munster from his role as Springboks forward coach, where he played a key role in developing the forwards and attack for the 2015 Rugby World Cup, when South Africa collected the bronze medal.

In 2009 and 2010 he secured Super Rugby honours with the Bulls, as forwards and attack coach.

Munster were rocked last year with the departure of the province’s Director of Rugby Rassie Erasmus mid-season. Erasmus returned to South Africa to take up a position with the Union there.

Erasmus invoked a release clause in his contract in the spring of 2017 notifying the province and the IRFU of an intention to take up a role with the South African Rugby Union.

When contacted by Leader Sport, a Munster Rugby spokesperson pointed out that Johann van Graan is contracted to Munster Rugby until June 2020.