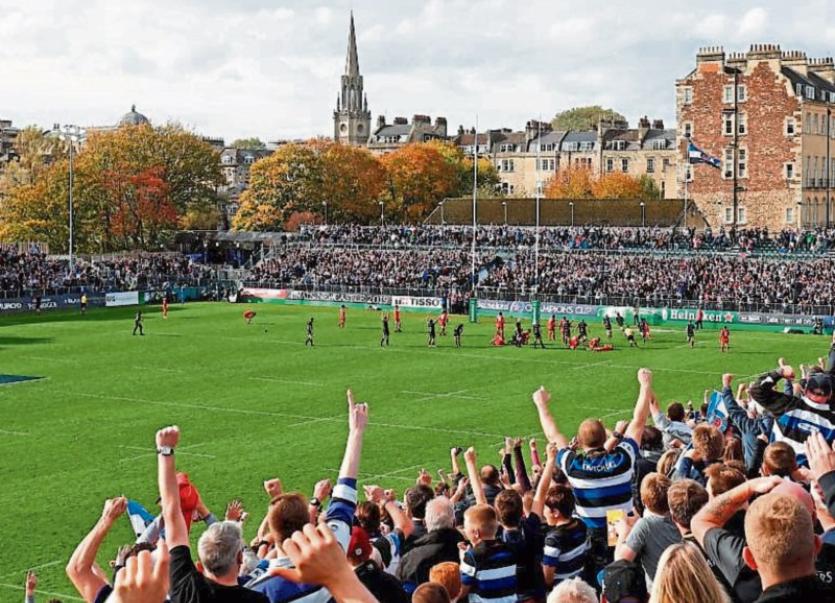 EUROPEAN Professional Club Rugby (EPCR) has moved to clarify several issues arising from the Heineken Champions Cup, Round 1 fixture between Bath Rugby and Toulouse at The Recreation Ground on Saturday, October 13.

In a statement the EPCR said it had been reported in the media that Limerick-based match referee, Andrew Brace, blew the full-time whistle three seconds before the 80 minutes had elapsed. However, the statement said the reports were incorrect.

The statement continued: “Although the television match graphics indicated that 79 minutes and 57 seconds had elapsed when the match ended, the official stadium clock which was visible to players, club management and to spectators, clearly displayed that 80 minutes had elapsed.

“Once Andrew Brace received confirmation in his earpiece from the Official Timekeeper that time was up, he blew the final whistle.

“EPCR accepts that the disparity in this instance between the official time and the time shown on the television match graphics caused some confusion, and ways to avoid any similar situation in the future will be carefully considered by the tournament organiser.”

Andy Brace is a member of Old Crescent RFC and having played rugby internationally with Belgium, took up refereeing in 2013 after finishing his playing career. He rose quickly through the refereeing ranks and took charge of British and Irish Cup games in 2014 and then continued on to referee in the Guinness Pro12 in 2015 and made his European debut during the 2015/16 season.

He officiated at the Junior World Championships in 2016 and took charge of his first full international in 2017 (England v Barbarians) and his first test fixture later in the year (Canada v Georgia).