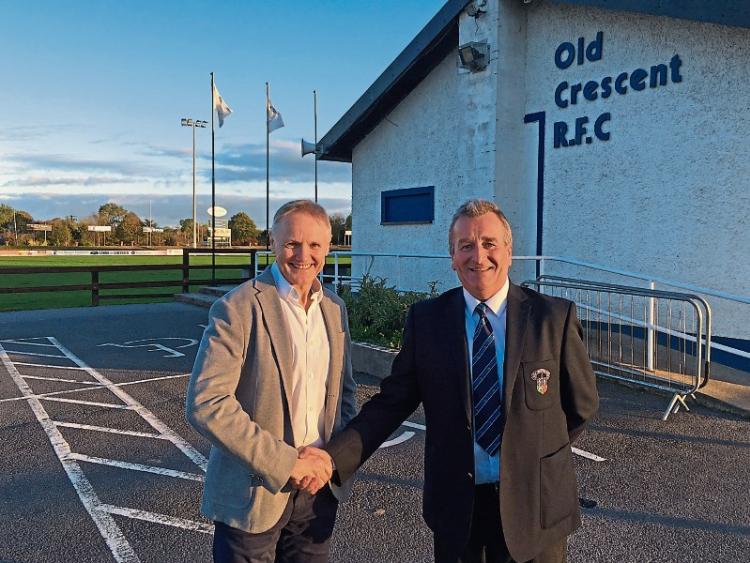 Schmidt also met David O'Brien, Club Captain, and Eugene McGovern, Director of Rugby, who filled him in on the club's positive progress on the playing field, promotion from All-Ireland League Division 2C to Division 2A in just three years.

Finally, Schmidt met Dermot McGovern, Old Crescent's Chairman of Grounds, who briefed him on the club's future development plans, having doubled the size of the club grounds three years ago.

Joe Schmidt congratulated Old Crescent RFC on the club's achievements and wished the club well in the years ahead.