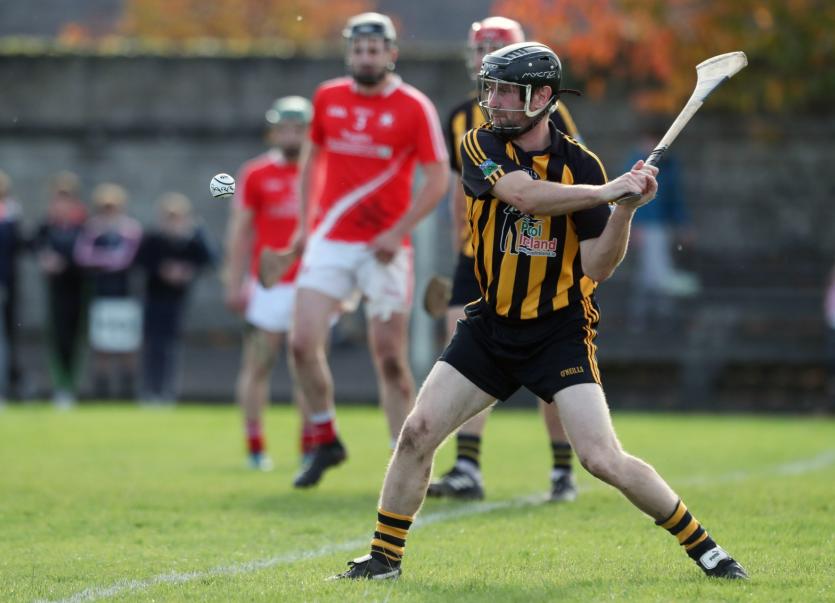 GARRYSPILLANE ended a five year wait to win promotion back to the Limerick senior club hurling ranks on Saturday with 41 year old Donie Ryan rolling back the years with an eight point return.

For Ryan brothers Donie and David it was a third and each a different Limerick adult championship title across three decades - 1996 Limerick IHC, 2005 Limerick SHC and 2018 Limerick Premier IHC.

Donie, a Limerick senior regular from 2002 to 2009, turns 42 on St Stephens Day, while full back and captain Davy turned 40 this March.

"Ten of the starting 15 today weren’t born in ‘96 when myself and Davy were playing. We have the best young fellas in the county and the best auld fellas," beamed Donie after the title win.

"Three counties in three decades! My first was in ‘96 - I was a small boy that time!" outlined Donie.

Donie is a veteran of 26 years hurling at adult level with the men in black and amber - making his debut in 1993.

"We won the intermediate in ‘96 - here against Mungret in a replay and then in 2005 we won the senior and now 2018, after 13 years finally another. I didn’t think we would get there. Myself and Davy the only two left from ‘96," gasped Donie.

"I was asked last year what was the difference between club and county - county is fair nice and to play county hurling is probably one of the greatest privileges you will get in your lifetime. County is fair nice but as far as I would be concerned all my life club would be no1. I’m playing club hurling since I was eight years of age - that 34/35 years ago!," outlined the top club's top scorer.

Eleven years after lining out in the 2007 All-Ireland SHC final under Richie Bennis with Limerick, Donie insists that he's now retired!

"I have no contract for the Munster championship - I’m gone now, out of contract as of four o’clock today! I’m trying to retire," he laughed.

"It’s going to be fair hard to walk away from it - the time that goes into it. What do you fill that with. If fellas are looking for a buzz - you tell me that walking out there today, isn’t a buzz for a fella! I’d tell you one thing, I’d love to be back at 22 again and go again but the legs just won’t carry me."

Garryspillane were 17 years a senior club after their 1996 IHC title win but a championship restructure at the end of 2013 saw The Bouncers down in tier two.

This time last year they were beaten in the final of this grade by Murroe-Boher.

"There were four reasons I came back in 2018 and they were Mark Quinlan, Dylan O’Shea, Ryan Tobin and Callum Sheehan. The four minors from last year - myself and Davy are are waiting for them with five or six years because we knew they were coming. Last year inside in the Gaelic Grounds Murroe-Boher ran us ragged but look at those boys today. We finally got there - I did think we would get there. I thought I’d be finished up," he said of the return to the senior grade.

"We have been trying a long time to get to here and to be fair to the four minors they got us over the line today but I have to play a compliment to the boys that were there in the lean years - when we were battling to stay Premier Intermediate. We would have slipped but it was pure doggedness and fighting that we held onto our status - we knew this day was coming but we didn’t know when."

While Donie was joined in the team by his brother Davy, another brother TJ, was team manager, and his son Colin contributed two points from play from midfield.

"Three or four years ago I wasn’t fed up of hurling but I wasn’t enjoying it but he (Doyle) came in and got us going and brought a bit of enjoyment back into the game. I won’t say I was sick of hurling but I had a lot of it done between the county and club," said Donie.

"To be win county’s is what it is all about. In fairness to the Premier IHC grade over the last five years it has been unbelievable - the competition is unbelievable. We went to five semi finals in a row and two finals in a row - we couldn’t come back here today and be bate," he stressed.