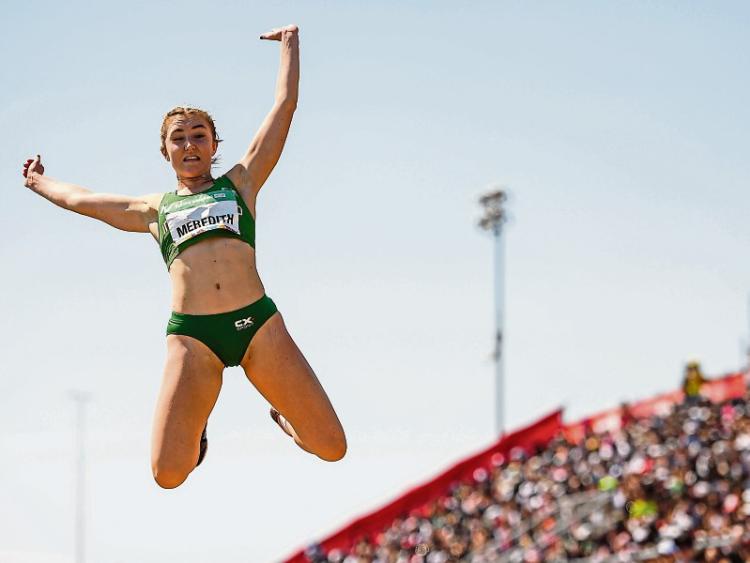 Seventeen-year-old Meredith, from Newcastle West, finished in tenth place in the long jump following the second stage of the competition on Sunday evening in Buenos Aires.

The talented 17-year-old athlete produced an excellent jump of 5.78 to improve improve her performance significantly in stage two of the competition which had began on Thursday.

Meredith jumped four times on each day with her best distance from each added together to give her final result.

Following Sunday’s competition Sophie Meredith said: “Today went really well, I’m quite happy with my performance, 5.78 at this time of the year, I’m very happy with that jump, tenth in the world, I can’t complain.

“It was a brilliant experience, I’m very happy. I just wanted to enjoy it as much as I could, the crowds were amazing, the stadium was packed. I do a clap for every jump, which is very new to me.

“I don’t normally do claps but I just got pumped and just tried to enjoy it as much as I could, and it seemed to work. I had a smile on my face for every jump and everything came through.”

“I was lying tenth coming into this (Sunday), there was no pressure I just had to enjoy it as much as I could. I knew I wasn’t in with the medals, but that doesn’t matter.

“I was the underdog and I knew I had to do what I could, and try to better myself for myself.”

The Summer Youth Olympic Games features over 4,000 athletes and over 32 sports.

Meredith also competed in the long jump in the European U18 Athletics Championships in Hungary this summer.