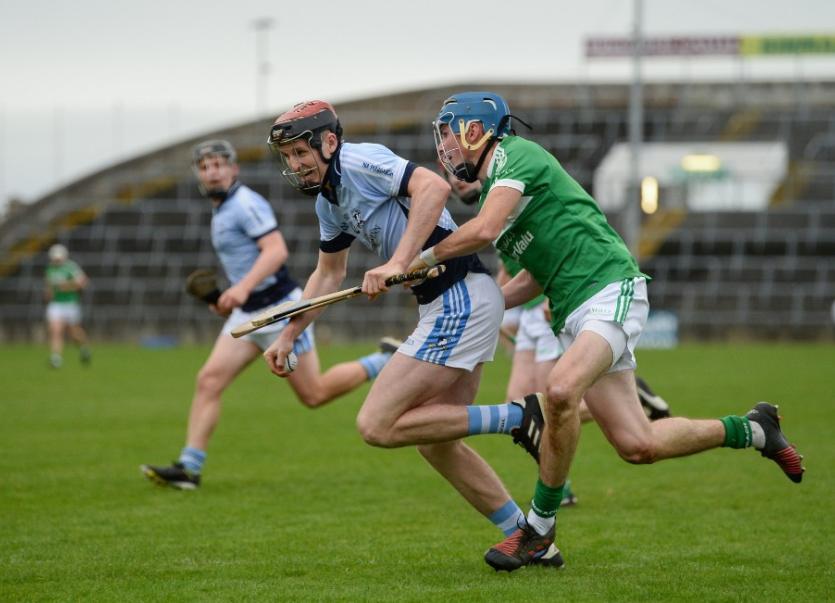 Champions Na Piarsaigh set up a Credit Union Limerick SHC final with Doon after a 2-19 to 2-15 semi final win over Kilmallock.

In a repeat of last year's final, Na Piarsaigh came strong in this semi final in the second half to hold off Kilmallock.

Na Piarsaigh were 2-8 to 2-6 up at half time. Kilmallock had played with a gentle breeze to their backs and hit nine wides over the 30-minutes, compared to three for the city side.

There were four goals in the half - twice, Kilmallock responded to Na Piarsaigh goals within 90-seconds.

Adrian Breen had the first of his two first half goals in the seventh minute for a 1-0 to 0-1 lead for the champions.

Up the field went Kilmallock and Graeme Mulcahy found the net after a pass from Oisin O'Reilly.

Kevin O'Donnell and Phelim O'Reilly added points and Kilmallock were 1-4 to 0-1 ahead with 12-minutes lapsed.

Then the Caherdavin side found their feet and they rattled off five successive scores - back-to-back points from Alan Dempsey among them.

In the 21st minute, Breen had his second goal - this time finishing after David Dempsey had created the opportunity.

Just like the first goal - The Balbec hit right back - Oisin O'Reilly scrambling to the net after a long delivery into the goalmouth.

Shane Dowling frees and a fine Conor Boylan point ensured a two point lead at the interval for Na Piarsaigh.

Kilmallock could never overtake Na Piarsaigh in the second half.

Brothers David and Alan Dempsey had early points but Kilmallock were level 2-10 each after six minutes of play.

Up the field went the champions and they hit four successive points with two for Peter Casey.

This proved to be the winning break with Conor Houlihan and Kevin Downes scoring to keep Kilmallock at arm's length down the home straight.

* See the print editions of the Limerick Leader for full match report.