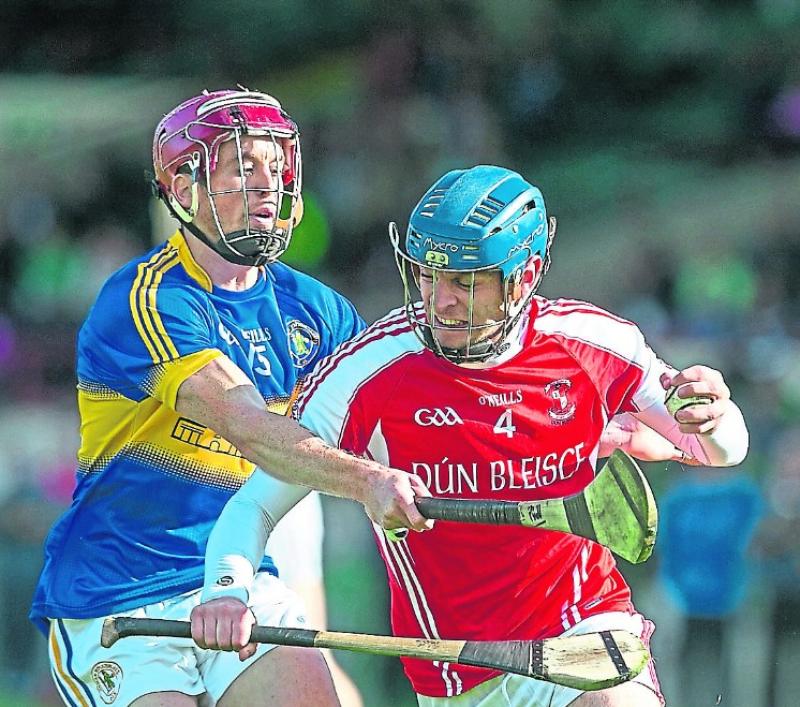 DOON booked a first Limerick SHC final spot since 2000 with a 2-17 to 0-22 semi final win over Patrickswell.

The east Limerick side will be bidding to win the title for a first time later this month.

It was their most experienced player Denis Moloney that popped up with the injury time winner.

The Well had battled back to level with a Diarmaid Byrnes injury time '65 but Moloney then had the first Doon score in over 12-minutes to secure the win.

Doon were ahead for just about five minutes but nonetheless they brought a 2-10 to 0-13 lead into the half time dressing room.

Patrickswell did all the early hurling and that was despite Dean Coleman netting a fourth minute goal for Doon.

Points from Calvin Carroll, Lar Considine and Aaron Gillane helped The Well 0-7 to 1-1 clear after 12-minutes.

Barry Murphy points from play and from frees kept Doon in touch but by the mid-point of the half, Patrickswell were 0-10 to 1-3 ahead.

But Doon then got up to the space of the game and finished with eight of the last 11 scores of the half with two points each from play for Darragh Stapleton and Darragh O'Donvan.

The sides were level for just a third time, 1-9 to 0-12 when a superb Pat Ryan goal had Doon ahead.

After a lively opening half, the sides went back beneath the Mackey Stand to their half time dressing rooms with the men from the east three points clear.

The early second half exchanges were tight but then Patrickswell began to get on top and points from Gillane frees and Thomas O'Brien edged them closer.

Byrnes' 65 looked to have forced extra time until the late winner.