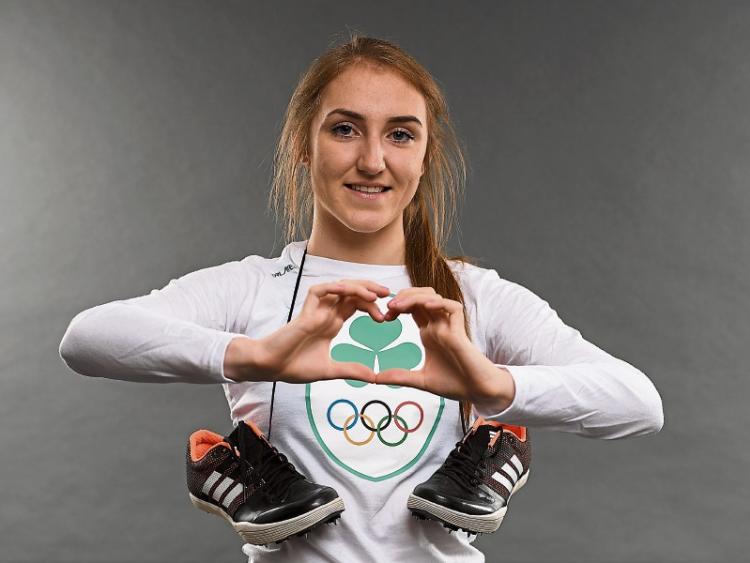 Limerick's Sophie Meredith, who competes in the long jump at the Summer Youth Olympic Games in Buenos Aires beginning this Thursday evening

Newcastle West teenager Meredith will compete this Thursday evening  in Buenos Aires at 7.25pm Irish time and again on Sunday, October 14 at 6pm.

The highly rated Limerick 17-year-old will jump four times on each day with her best distance from each added together to give her final result.

The Games provide invaluable Olympic experience and competition for talented junior athletes aged 15 to 18 from over 200 countries around the world.

The Olympic Federation of Ireland included the West Limerick teenager in a squad of 16 athletes from 9 sports to compete at the prestigious competition which runs until October 18 in Buenos Aires.

The Summer Youth Olympic Games features over 4,000 athletes and over 32 sports.

She competed in the long jump in the European U18 Athletics Championships in Hungary this summer.

Sophie Meredith said she is excited about the competition and would like to thank Jacqui Freyne, Athletics Ireland, JP Baggot, Killeline Leisure Centre, Brendan Kirrane physio, Chris McGill, Adrenalin Sports and all at St Mary's AC for their advice and encouragement.

Eurosport TV are screening 60 hours of live action from the Summer Youth Olympic Games and highlights during the 12 days of competition on Eurosport and Eurosport Player.