'Na Piarsaigh are still the one team to beat' - Martin Kiely 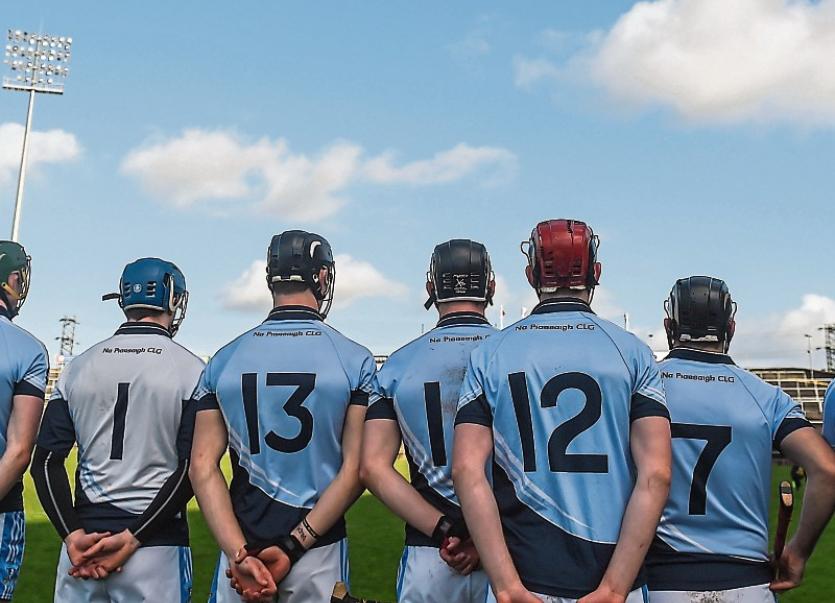 Martin Kiely believes Na Piarsaigh are still the side to beat

The club is the bedrock of the GAA and we are entering the time of year when silverware is in sight for clubs in Limerick.

Winning a County Championship is very special and for those lucky enough to do so it is a great honour.

The pride that parish and community take from winning a championship is enormous and such victories create a bond that lasts forever between players.

Dressing rooms have a special atmosphere. There was a time when lots of roaring and shouting was done, the hurley would hit the table or the ceiling but it was all done to try and motivate the players.

It’s a little cooler now, in fact much of the talking is done prior to the day of the game. Nevertheless there is still a requirement to lift players on the day of a game and the value of a good speech before a game or at halftime cannot be underestimated.

The biggest change in recent years is that players now get more games and that is a good thing. The only downside is that the club players are left waiting around so long. That needs to change going forward and Croke Park needs to respect the value of club players.

This weekend the Limerick senior hurling championship limped towards the semi finals. The quality, bar the odd game, has been poor enough and it was always going to be the case that the top teams would make it through to this weekend.

Club games provide players with the opportunity to express themselves and also the chance of catching the eye of the Limerick senior hurling management.

From what I have seen there are players good enough to join the senior panel. I would foresee changes to the panel and there are some very good players capable of development.

In the past it has proven very difficult to get off the Limerick panel but hopefully we are past that now. In the coming weeks I will pick some players that have much to offer Limerick going forward. Limerick need to find cover for some positions and new players arriving keeps everyone on their feet.

In recent years Na Piarsaigh have dominated the Limerick championship and it doesn’t look like ending anytime soon.

The player base and the experience they have gives them an edge on most teams. Paul Beary has taken over from Shane O’Neill and he is very much respected by the players. Indeed it has been a busy year for Beary given that he looked after the clubs U-14 team that won the County title against Doon.

Na Piarsaigh may not be as strong as they were at underage level but they are still producing players. Na Piarsaigh have some serious players and many clubs are just unable to match them in the last quarter. Some players feel they have a point to prove given that they didn’t really figure with Limerick this year.

Indeed I feel many of those players should have played league games with Limerick even though they were still going strong with the club. m

From the Limerick management point of view they stayed loyal to players that had played games during the Munster league and National League.

Going forward club players might not want to take the risk of not playing the league with their county teams.

Next Sunday Na Piarsaigh will face Kilmallock and while Na Piarsaigh will be favourites you would have to feel that Kilmallock will throw everything at them. They easily accounted for Murroe Boher last Sunday in the quarter final and that will give them a boost going into Sunday.

On paper Na Piarsaigh have the stronger team but the value of that will count for little when the game starts. Semi finals are hard to win and Na Piarsaigh will know what happened to Cuala the All Ireland club champions in Dublin last Sunday.

They will have to play well to beat Kilmallock. For generations the South Limerick club have produced quality players and right now they are building again.

They can also call on players that have done it before and if they get even the slightest wind of opportunity next Sunday they will take advantage of it.

To win championships you need forwards and just like Na Piarsaigh they too have players that can score. If any team brings out the best in Na Piarsaigh it’s Kilmallock. The players have crossed paths at all levels and we can be assured of a good game. If Na Piarsaigh bring hunger they will be very hard to beat, we know they have lots of hurling but that alone cannot be relied upon on championship day.

From my earliest memory I can remember the many fine players that Doon GAA club have produced. They have always taken great pride in developing players and from deep in East Limerick they have brought players from child to adult. They encourage them, train them and show them how hurling makes them a part of their community.

They have a fine hurling nursery and over a long number of years they have won many underage titles at various levels.

This group need to make a step forward now at senior level. They have a good balance in this team and with a number of players on the victorious Limerick team they will cause more than a few problems for Patrickswell.

In the past Doon have not always performed when they get to this stage of the championship. They tend to leave the quality in the dressing room. I don’t think that will happen this time round. I think as a group they are more mature now. Yes many of them are still young players but they have a enough hurling done to bring a serious challenge to Patrickswell.

Few teams are better equipped to knock Doon off their stride than Patrickswell. They are past masters at this level and when they can sniff a chance few are better at taking it.

The year overall has seen Patrickswell struggle to find form. A lot of players that we would expect more from were well off form.

They had the measure of South Liberties by some margin last Sunday and that will have provided a lift that was badly needed. A bit of a chat in recent weeks has turned the ship on a better course and writing them off would be a dangerous prospect.

This has the makings of a fine game, if both sides perform then I could see this game go down to the wire.

Doon look to be in better form but any result prior to this encounter holds little water. The one area that Doon look like having an advantage is in attack but pressure and the lack of space can make scores hard to come by on championship days.

The lack of referees in Limerick looks to be at crisis levels and over the past few months I have had much contact from clubs very unhappy at some of the quality and from referees that have left the stage unhappy at how the entire area is managed at Limerick GAA level.

Referees play a vital part and without them there would be no games played.

Clubs too have a responsibility to encourage people to come forward and the Limerick County Board needs to have a serious look at their part in the development and retaining of referees.