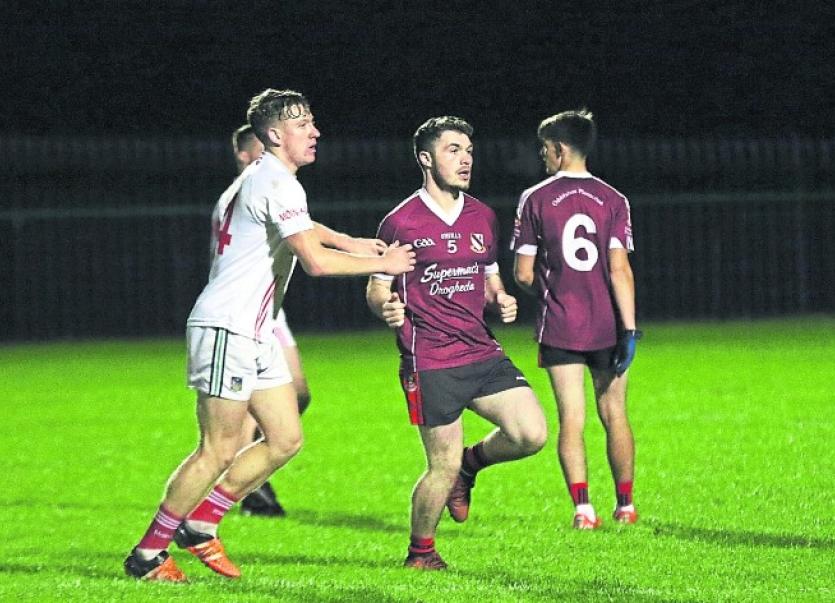 CHAMPIONS Adare returned to the Limerick SFC final with a 1-5 to 1-4 win over Monaleen.

But the semi final's low scoring was just one of the talking points after the Mick Neville Park flood-lit game.

Many were inquisitive as to the Adare jerseys.

Adare wearing maroon and not their usual red and black.

Both sides were required to change their strip due to a clash of colours and according to Adare manager Harry Gleeson, the club don't "don't have a second set".

"The lads didn't particularly want to wear another Limerick club's jersey and I can understand that so, we looked at possibly wearing the UL jersey but then Stephen (Keeley) stepped up and brought them down from Drogheda and it was a privilege to wear them," explained Harry Gleeson.

So the jerseys were those of Oliver Plunketts GAA club in Drogheda, Co Louth - the native club of Adare midfielder Stephen Keeley.