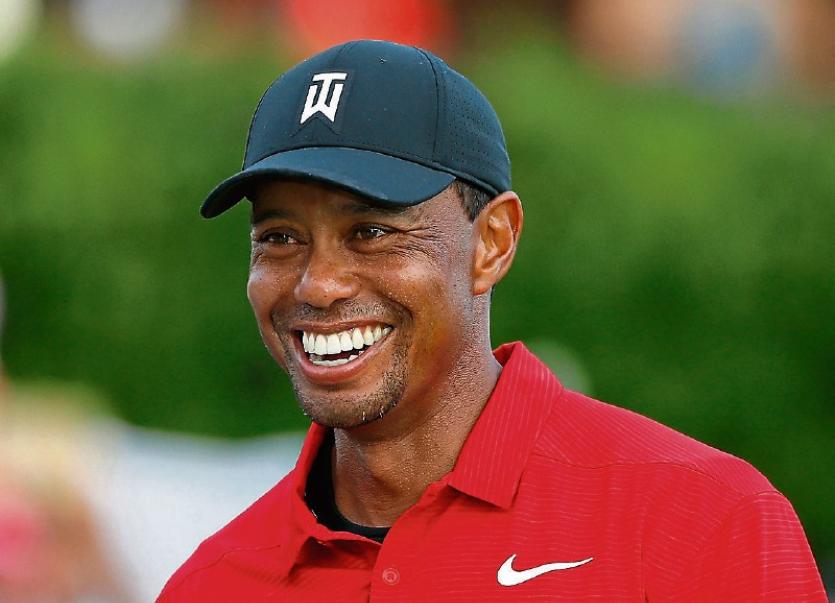 Tiger Woods, is he set to win more majors than McIlroy?

MUTT: At the recent USPGA Tour Championship, Tiger Woods and Rory McIlroy was the final-round pairing everyone had dreamed of and no-one ever thought they'd see.

In what should have been a repeat of The Gunfight at ‘OK Corral’ Rory brought his water-pistol and was shot to pieces; as Tiger, one more time, showed his super-human, resolve.

last hole, Tiger would have won the $10-million bonus pot too.

Jeff: It is an incredible comeback but I think Ben Hogan's was better. I mean the guy nearly died and in the process of saving his

Not to mention Tiger's inept performance in the Ryder Cup in Paris - nil points! Would you believe it? Maybe winning the Tour Championship was a blip? Let's wait and see how many major Tiger wins after his comeback?

Mutt: The Ryder Cup obviously doesn't get Tiger's juices flowing, but don't underestimate what he has achieved. His mental journey might have been an even tougher challenge than the physical one.

Jeff: I don't think Tiger is sensitive to personal, inner feelings in the same ways as ordinary mortals. It could be why he is extraordinary as an individual and bloody hopeless in a team.

Mutt: Tiger has had to contend with stiffer golf competition than any other player in history and in the age of technology when hi superior skills do not give him the separation from the pack his talents deserve.

You could also say that if the technology was take out of the game, Tiger would be advantaged more than anyone - certainly more than Rory.

Amongst those that technology helps least are Shane Lowry, Rickie Fowler and Bubba Watson. Gainers are Koepka, Harrington, Rahm and Rose.

Jeff: Debating about golfers who played in different eras is pointless. The best would be the best in any generation. Tiger's fall was caused by his own behaviour.

He is recovering from self-inflicted, psychological failings as much as anything.

I am surprised that he was able to do it. His near future will be fascinating to behold.

Mutt: The public loves a comeback and this one is shaping up like a Hollywood Movie!

Jeff: The question now is not so much will Tiger win another Major but will Rory win another one?

Mutt: Rory has a few changes to make if he wants to! The swing experts say the plane of his swing is faulty and he cannot hit a 'stock fade' under pressure. Why hasn't his Coach addressed this?

Jeff: Maybe he has but Rory won't listen? When you are the young pretender and the old ‘ dawg’ kicks your butt - it's very painful and humbling.

If Rory wasn't hurt to the quick by this latest 'bottle job' - there is no hope for him. Might be no hope either way because he'll never be No. 1 again unless he changes his attitude.

His ‘Hyper Cup’ record is nothing to write home about either.

Mutt: That's unfair! Rory hasn't peaked yet. He has many victories ahead of him.

Jeff: Rory is a huge disappointment even to himself.

Mutt: If Rory sank a few putts he'd be out of sight every week. He is far too good to be just another good golfer of his time. People like to list the 'best not to have won a major'. Rory is in a different category (with Greg Norman) &'best to have won so few!

Jeff: I judge Rory by a different standard. How many times when in the last group on Sunday, has he 'blown up' spectacularly? It's hard to explain when on other occasions he can be such a 'cold assassin'.

There are plenty of theories but no answers. Rory is obsessed with th power game but he misses too many fairways.

Missing putts is a consequence because he puts too much pressure on himself.

What Rory needs is a coach and a caddy who will tell him things he doesn't want to hear - Billy Foster, Bones Mackay or Fanny Sunesson - are all available, by the way!

Mutt: It’s not for us to judge. As Rory himself says: Golf isn't everything.

Jeff: That's the very point. Golf IS everything (to Tiger) In a perverse way, Tiger may have got the least out of his talent of any player in the long history of golf. What other player would we have imagined was 'going to win' 30 major championships and 100-plus tour events?

On reflection, it's Tiger who could have been better than anyone ever imagined (laughs) but he blew it!

Mutt: Everyone blows it at golf - to some extent. It's just a matter of degree. One thing is for sure, Tiger is not done yet and Rory has a lot of thinking to do.

A Word to the Wise

If you want to be sure of seeing Tiger Woods and Rory McIlroy in action at Adare in 2020 - buy yourself a stylish JP McManus Golf Classic 2020 cap in green, red or white and you will have secured entry on both days, July 6 and 7.

Hurry before they are all gone! Of course, if you play in one of the preliminary, charity golf classics that are already underway - you'll get a free cap and a chance to earn a place in the pro-am starting line-up.