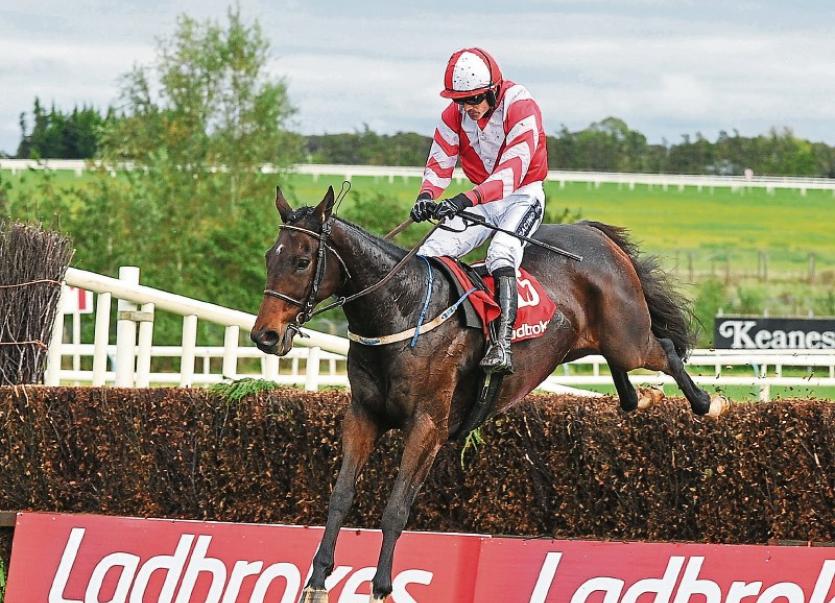 TWENTY eight entries have been revealed for the prestigious €100,000 JT McNamara Ladbrokes Munster National at Limerick Racecourse on Sunday, October 14.

The exciting list of entries is headed by the high class Alpha Des Obeaux, who was runner-up twelve months ago to Total Recall and subsequently claimed the Grade 2 Clonmel Oil Chase.

Trainer Gordon Elliott has four other entrants including 2016 Irish Grand National winner Rogue Angel as he bids to add a second victory in the race following on from Tiger Roll two years ago.

Willie Mullins has three in the field in an attempt to back up Total Recall’s first success in the €100,000 feature for the Closutton handler last year, as Saturnas bids to gain compensation for a narrow defeat in the recent Kerry National at Listowel, where Rathkeale handler Eric McNamara’s Black Scorpion landed a valuable pot and could look to produce a local success.

Veteran Raz De Maree who won the race as far back as 2012, showed he still retained plenty of enthusiasm when landing last season’s Welsh National for Gavin Cromwell and could make his return to action, while the JP McManus owned Oscar Knight, a regular in these high-class handicap chases could prove a leading contender for the Tom Mullins’ yard.

Limerick Racecourse General Manager, Patrick O’Callaghan, commented: “We are delighted with the calibre of entries for the JT McNamara Ladbrokes Munster National, it is great to see horses entered from yards all over the country, including some local representation in Eric McNamara's Black Scorpio.

“Ladbrokes have been sponsors of this race for the last 11 years and I would like to thank them for their continued support of this race.”

Sunday, October 14 at Greenmount Park will also feature Keanes Jewellers Ladies Day with great prizes on offer. There will also be a fashion show in the new Fashion Zone with the Holman Lee Agency.

A special reserved restaurant package is available at €45 per person and general admission is priced at €15, with the first race off at 1:50pm. For more information see www.limerickraces.ie or call 061-32000