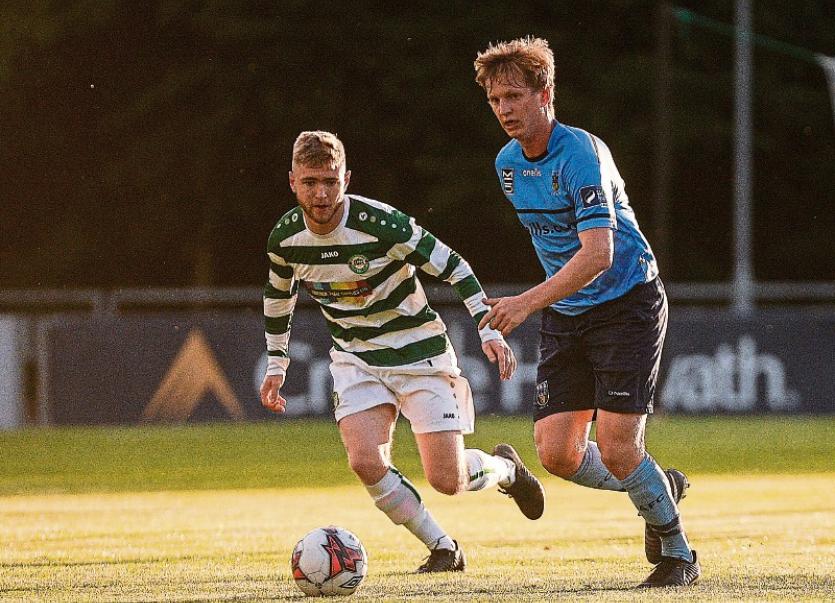 Shane Walsh, of Pike Rovers, left, in action against Timmy Molloy, of UCD, in their FAI Cup tie played at UCD Bowl earlier this season

THREE Limerick-based players have been included in the Republic of Ireland amateur soccer squad for an upcoming international fixture.

Two Pike Rovers players have been named in the 18-strong Rep of Ireland squad to face Northern Ireland in the international to be played in Dublin on Wednesday, October 10.

The Pike Rovers duo of Gary Neville and Shane Walsh are joined in the squad by Abbeyfeale United’s Chris Smith.