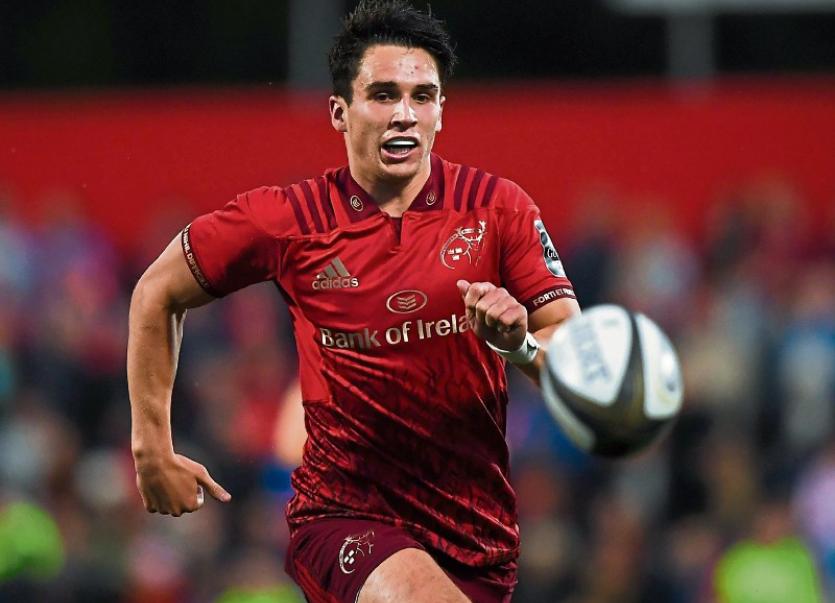 MUNSTER out-half Joey Carbery said he ‘can’t wait’ for his return to Leinster in next Saturday’s mammoth Guinness PRO14 interprovincial clash at the Aviva Stadium, 6pm.

Former Leinster star Carbery turned in a Man of the Match display for Munster in their 64-7, nine-try thumping of another interprovincial rival, Ulster, before an official attendance of 13,907 at Thomond Park on Saturday night.

In ending Ulster’s unbeaten start to the PRO14 season, Munster beat their previous highest score in the Championship, 61 points against Caerphilly in 2001. It also topped their previous best biggest winning margin, 47 points against Zebre in 2016, and the most tries, eight, and conversions, .seven, that they had scored.

Carbery scored one of Munster’s five second half tries, his first for his new province at Thomond Park.

Afterwards Carbery told eirSport: "I can't wait (to go back to Leinster). It would be great if we can perform like this today and we'll put it up to them. It's a big week ahead and we will prepare properly.”

The result was a timely one for Munster on the back of their disappointing reverse at the hands of Cardiff at the Arms Park eight days earlier.

Carbery added: "I'm loving it down here (at Munster). Obviously it was great to go out there and put a great performance down. Credit to Ulster, they are a good side. they were the only undefeated side up until today, so we are happy with the win especially after how last week went in Cardiff.

"We have another big week ahead.

"Can't wait (to go back to Leinster). Be great if we can perform like this today and we'll put it up to them"

"I think we were quite clinical in that we held the ball and took our chances when they came which we didn't do last week, so that was something we focused on all week which we are pretty happy with.”