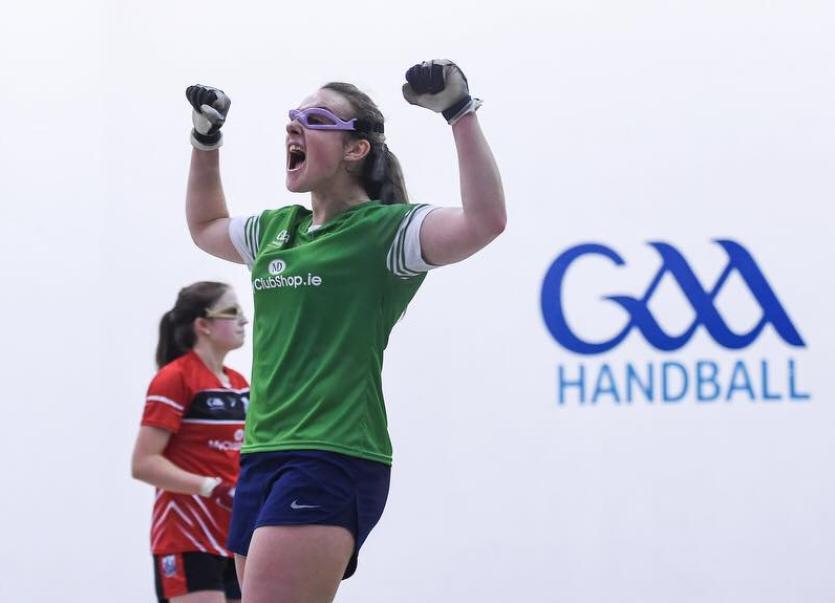 LIMERICK star Martina McMahon is the undisputed queen of handball.

The 24 year old from Broadford Handball Club won the 2018 All-Ireland Softball title on Saturday in Croke Park with a thrilling victory over reigning champions Catriona Casey of Cork.

A native of Croagh-Kilfinny, McMahon lost the first set, but came back to win 21-20, 21-20 for her second title in this grade.

Casey won a cagey first game on a 21-14 scoreline.

The title means Martina McMahon now holds all five major titles available to her - the 2018 World Open Singles, the All-Ireland 40x20 Softball and now the All-Ireland 60x30 Softball title. That's on top of the Limerick star also holds the Irish and World one wall titles.