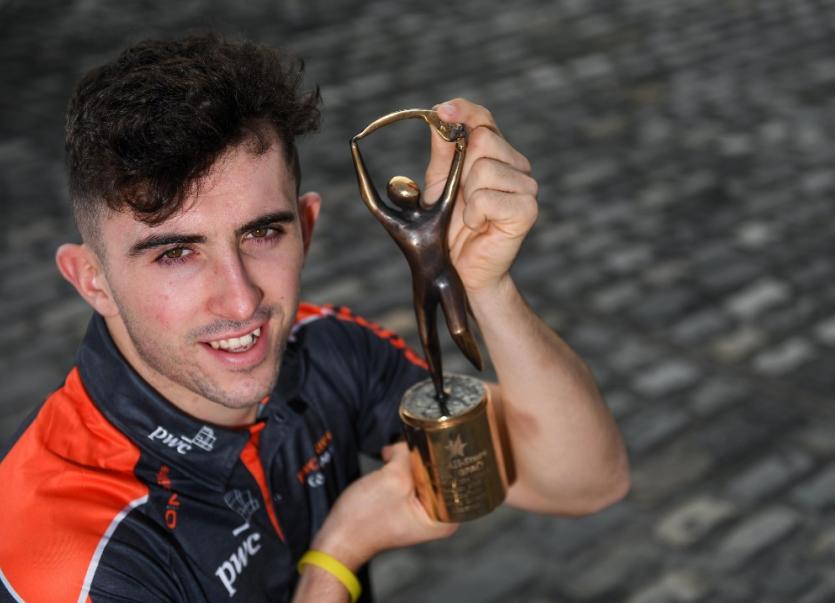 AARON Gillane has revealed how a visit from a Limerick hurling legend the night before the All-Ireland final helped settle his nerves.

And, the Patrickswell man has praised the lengths his mother went to ensure he had his usual pre-match breakfast!

"You’d obviously be nervous, having never been there before. But you try your best to block all that out," said Gillane of All-Ireland final nerves.

"It was the night before the final and Ciaran Carey called up to my house. I was just getting ready to go up to bed – he called around half ten. He calls at the weirdest of times! Obviously, he has been there, in 94 and 96, and he wasn’t successful. He was like, “It’s just another match. Get the circus out of the way.” What he meant was get the parade out of the way, meeting the president. Just have tunnel vision and focus on the match. It’s just another game. That settled me a bit," recalled Gillane.

"I’d know Ciaran fairly well. I’d be good friends with his son Barry. He’s always around Patrickswell too. My aunt lives across the road so I was just coming over from there. And there he is sitting at the kitchen table. Great to listen to a fella of his experience," explained Gillane, who was this week presented with the PwC GPA/GAA August Hurler of the Month award.

It's not lost on Gillane, how Ciaran Carey, Gary Kirby and other club legends soldiered for years with the county team withou ultimate success.

"It’s hard to believe. Ciaran and Gary as well, two of the greatest hurlers that every played. I was saying to someone, a big thing for us was bringing the cup back to Patrickswell. We were bringing it back for them as well. Ciaran was over us (club) in 2015, then Gary. So they obviously did a load of work with us. Repaying them in a way," said Gillane.

Limerick traveled up to Dublin by train on the morning of the August 19 final and the team free-taker believes it was a correct decision.

"The big thing, even to stay in your own bed the night before. I went for food with Brian Murray during the week – I’d be good friends with Brian who was there in 2007. He was saying they went up the night before in 2007 and he said he was walking around the lobby at five o’clock in the morning. Couldn’t sleep. If he was in his own bed, it would have settled him a bit better. I like my sleep, and I like my home comforts."

He explained: "Patrickswell were playing in the mini 7s in Dublin on the Saturday and my mother (Mary) and father (Damien) and brother (Jason) and sister (Sarah) booked a hotel for the Saturday night, they were staying up there. My mother went up the Saturday, and drove back down Saturday night so she could make my breakfast the next morning. Just to keep the routine".

"She just makes my breakfast before every match: three poached eggs and three rashers. I shouldn’t be telling Joe O’Connor (strength and conditioning coach) that but it did the trick for me. Routine is important. Something to tick the box. You try and do the same thing before every match. It does help settle the nerves. Gives you something else to think about other than thinking about the match," outlined Gillane in praise of his mother Mary.

2018 was a season that saw Gillane finish as Limerick's top scorer but it was a championship that also saw the final year Mary Immaculate College student red carded against Cork in the Munster SHC.

“It was a low point. You work so hard to get into the team and the team is so competitive and then I lost the head for a second down in Cork and I was walking off the field and that was the first thing that was in my head ‘jeez this is your first year playing with Limerick and now you have ruining your chance of getting back in the team’. Shane Dowling played against Waterford and had a very good game to be fair and he played against Clare and people were saying he didn’t do great but to be fair to him the ball he was getting in wasn’t the best - I think he got some unfair stick. After the Clare match we all got the kick up the backside that we needed and we went back training and the training for the next few weeks was unreal. There was no set team now so everyone was going hammer and tongs and I was going well in training and got my chance against Carlow.”

Gillane said he was happy to repay the faith of manager John Kiely.

“I can’t talk highly enough of John (Kiely) and especially for that and for my chance at the start of the year. I am with John now for the last four years - we had two years at U-21 together and I don’t know what he sees in me to be honest! Obviously I can’t thank him enough.”