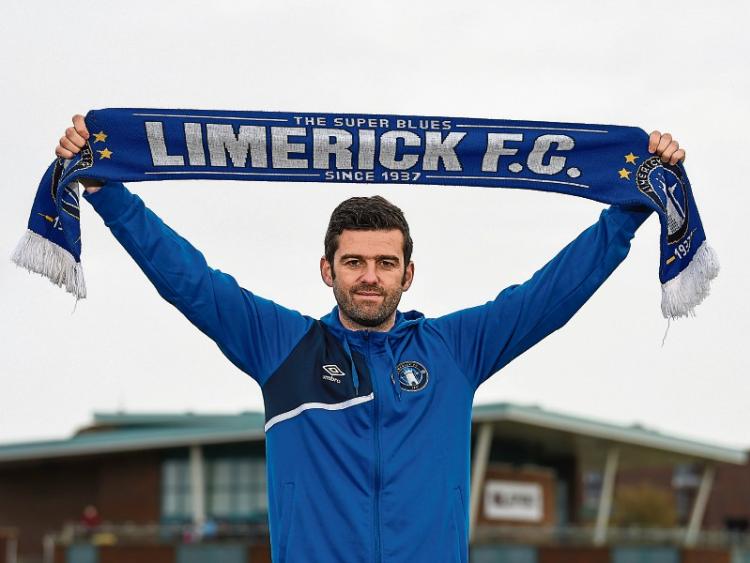 BATTLING Limerick FC all but secured the SSE Airtricity League Premier Division relegation play-off spot after recording an excellent 2-0 victory away to basement side Bray Wanderers at the Carlisle Grounds on Friday night.

Such is Limerick’s superiority in terms of goal difference over Bray, that the Blues look all but set to be involved in a two-legged relegation play-off clash with a First Division side next month.

Limerick also still harbour slim hopes of hauling themselves clear of the drop zone completely in the remaining weeks of the season. Eighth-placed Sligo Rovers’ defeat at Waterford leaves the Shannonsiders eight points behind the Bit o’ Red with four games to play.

A gritty Limerick side took a deserved 18th-minute lead at the Carlisle Grounds with Ellis and Cian Coleman combining to allow Blues skipper Shane Duggan centre for Maguire to tap-in from close range.

Limerick wrapped up the points two minutes before half-time when Karl O’Sullivan beat two defenders before crossing from the right to allow Ellis to bag a crucial second.

Next up for Limerick FC in their push to avoid relegation from the top flight is a home tie with Derry City at the Markets Field on Friday night next, 7.45pm.