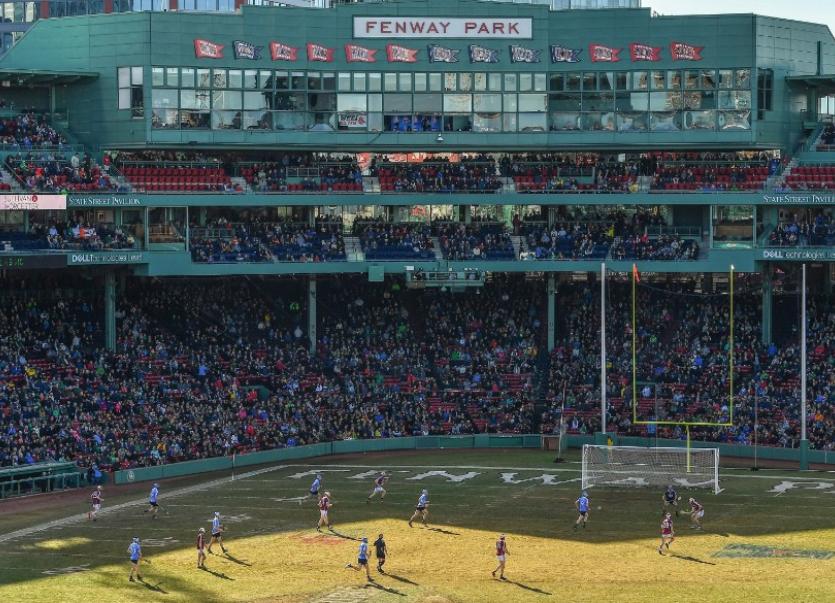 TICKETS go on sale this Thursday lunch-time for the Limerick trip to Boston for the Hurling's Super 11s in Fenway Park.

All Ireland champions Limerick and last year’s Super 11s winners Clare, will be joined by Cork and Wexford for the Sunday November 18 mini-tournament.

The exhibition format takes place in the baseball ground in Massachusetts – home to the Boston Red Sox.

There will be two semi finals, followed by a final - all games on Sunday November 18.

In the Hurling Super 11s each team has 11 players on the pitch and there is no limit to the number of substitutions. The matches will be divided into two halves of 20-minutes. Only goals can be scored – a goal scored from within the defensive zone is equivalent to three points while a goal scored from outside the defensive zone is equivalent to five points.

Fenway Sports Management (FSM) have announced details of tickets sales, with tickets going on sale this Thursday lunch-time at www.redsox.com/hurling

“I’m thrilled that hurling is coming back to Fenway Park and I am excited to welcome the teams, their fans, the Gaelic Players Association and the Gaelic Athletic Association to Boston,” said Boston Mayor Marty Walsh in a statement confirming ticket sales.

“Hurling is the one of the greatest games in the world and whether it’s American football in Dublin, college hockey in Belfast, or hurling right here in Fenway: It’s uniquely Irish and uniquely Boston.”

Fenway Sports Management Director Mark Lev said that "hurling has been one of the most popular off-season events that Fenway Park has hosted in recent years and the tournament format introduced last year added to the excitement".

“The thrilling combination of speed, skill and scoring has made hurling a fan favorite and a can’t miss event on the Boston sports calendar. We’re thankful to work with great partners in the City of Boston, GPA and GAA to bring this dynamic event to an exciting off-season line-up at Fenway Park.”