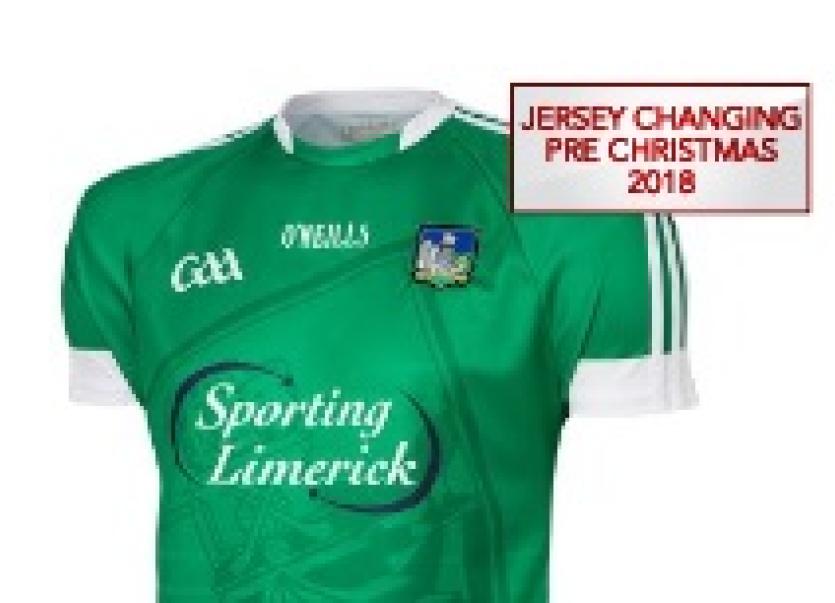 THERE is a new Limerick GAA jersey on the way and it will be available to purchase this side of Christmas.

The jersey is still in the design process, amid much speculation that there could be a change of sponsorship logo.

O'Neills will once again be the jersey supplier for the flagship senior hurlers and footballers.

The Sporting Limerick logo has been on the front of the Limerick GAA jersey for the last 14 years with JP McManus and family the financial backers.

However this season, McManus' Adare Manor was the financial backer and there is speculation that the logo of the Adare hotel could be on the chest of the 2018 jersey.

The Adare Manor logo was used on all official team gear for last month's All Ireland SHC final.

Golden Vale in 1991 was the first sponsorship to appear on the front of a Limerick GAA jersey in championship action.

The following year it was Maddens Milk.

In 1993 Shaws was the sponsor and remained for four years. This was followed, for a three year period, by Mid Western Health Board with their slogan Drug Free Cul.

JP McManus has been the team sponsor since 2005.

Limerick have worked on three year jersey circles, but the current jersey is only in situ for the 2017 and 2018 seasons.