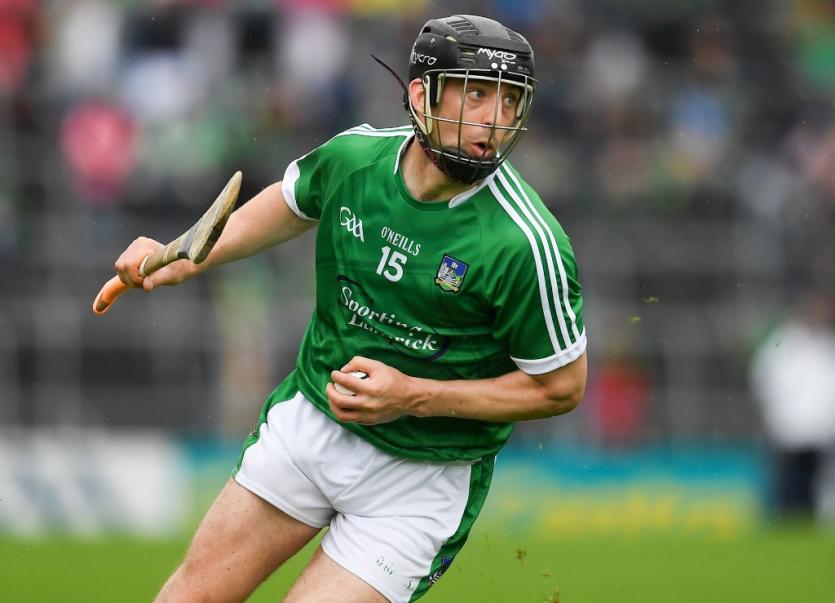 Graeme Mulcahy sparkled throughout 2018 for Limerick

PATRICKSWELL'S Cian Lynch is the sole Limerick representative on the short-list for Hurler of the Year.

There is no place for Kilmallock’s Graeme Mulcahy in the short-list that is completed by Galway duo Joe Canning and Padraic Mannion. Canning is bidding to become the first back-to-back Hurler of the Year since the GAA awards were introduced in 1995.

Just three times since the start of the award have the All Ireland champions not provided the Hurler of the Year - all three going to Waterford players in 1998, 2007 and 2016.

There is also just one Limerick player in the short-list for Young Hurler of the Year – 20 year old Kildimo-Pallaskenry centre forward Kyle Hayes.

Joining the All Ireland SHC final Man of the Match on the list of three are Cork pair Darragh Fitzgibbon and Mark Coleman.

While there is no denying the importance of the role played by Cian Lynch enroute to Limerick's All Ireland win, there will be much surprise in Limerick and beyond that there is no place for Graeme Mulcahy.

The corner forward started all eight games on the journey to All Ireland honours and was Limerick's top scorer from play with 3-16, including 1-2 in the win final over Galway.

Mulcahy is of course included among the 15 Limerick nominations for an All Star.

The Young Hurler of the Year was previously won by Seamus Hickey in 2007 and Mark Foley in 1996.

Both 2018 short-lists were voted on by a committee made up of Gaelic Games correspondents, and chaired by GAA President John Horan but the individual awards will be voted on exclusively by inter-county players - selecting from the three nominations.

Both winners will be announced live on RTE TV and will be presented with their awards at a gala black-tie banquet in Dublin’s Convention Centre on Friday, November 2.