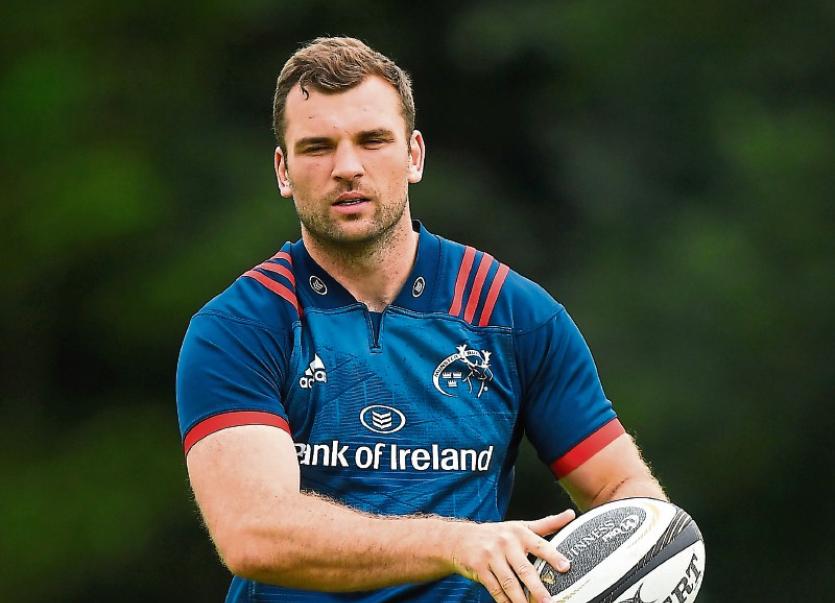 Tadhg Beirne is in line to make his Munster debut off the bench in Friday night's Guinness Pro14 clash with Glasgow in Scotstoun, 7.35pm

IRELAND international Tadhg Beirne is in line to make his Munster debut in Friday night’s Guinness Pro14 clash with Glasgow after being listed in the replacements for the Scotstoun clash, 7.35pm.

Munster centre Jaco Taute makes a welcome return after missing 12 months of action through injury,  with the South African centre also listed among the replacements.

Former Scarlets star Beirne, who joined Munster this summer, is also among the 23-man squad with the new signing in line to make his Munster debut off the bench in the game which is live on eir Sport.

Billy Holland captains a Munster side that shows one change to the starting XV that beat Cheetahs last weekend as Sammy Arnold comes in at outside centre.

Mike Haley starts at full-back with Darren Sweetnam and Academy man Shane Daly on the wings.

Rory Scannell is partnered by Arnold in the centres with the half-back pairing of Neil Cronin and JJ Hanrahan unchanged.

There are no changes to the forwards with hooker Mike Sherry packing down alongside Dave Kilcoyne and John Ryan.

Holland and Jean Kleyn are in the second row with Dave O’Callaghan, Tommy O’Donnell and Arno Botha in the back row.

Duncan Williams, Joey Carbery and Taute are the backline replacements.