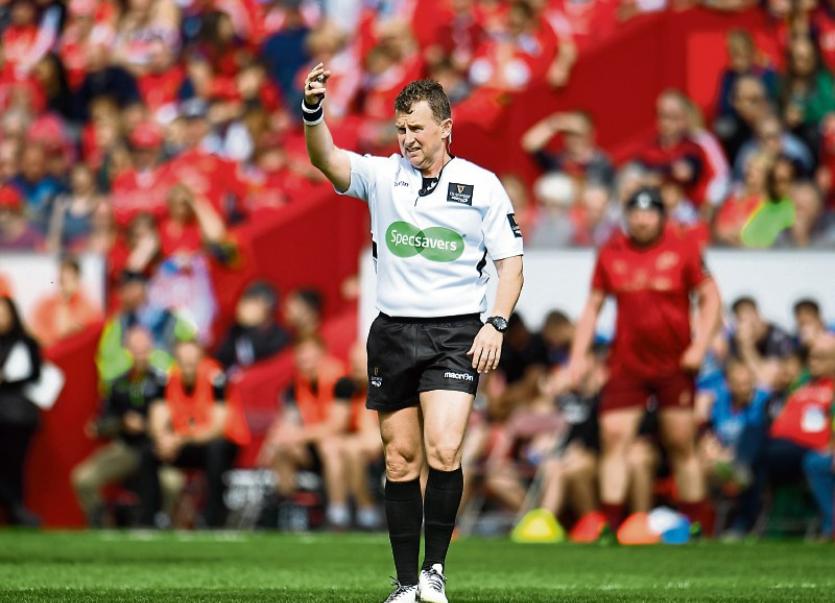 LEADING rugby referee Nigel Owens was smitten by the game of hurling and its ability to unite communities after watching Limerick’s nail-biting All-Ireland final win over Galway.

Writing in his column for Wales Online this week, Owens explained that he had taken part in in a training camp in Dublin the week leading up to the All-Ireland hurling final, along with all the other Guinness PRO14 match officials in preparation for the season ahead, with Irish referees John Lacey and Bruff’s George Clancy raving about the sport of hurling.

Owens wrote: “(George) Clancy, in particular, is a massive fan of hurling and Limerick.

“All the talk was about the All-Ireland final that was being played at the famous Croke Park on the Sunday with a sell-out 82,500 crowd set to watch the clash between Galway and Limerick, who hadn’t won the trophy for 45 years.

“The final itself was hugely enjoyable; breathtaking, exciting, bursting with passion. It was fast, brutal at times, skilful, physical and the last 10 minutes was edge-of-your-seat stuff, a thriller won by Limerick to finally end all those years of hurt.

“The scenes of celebration that followed highlighted what it meant to everyone; there were supporters crying in the stands, amateur players were close to tears in their post-match interviews talking about their pride for their family and where they had been brought up.

“I have always felt that sport has this incredible power of uniting communities, uniting countries and it just hit home again watching this wonderful occasion.”