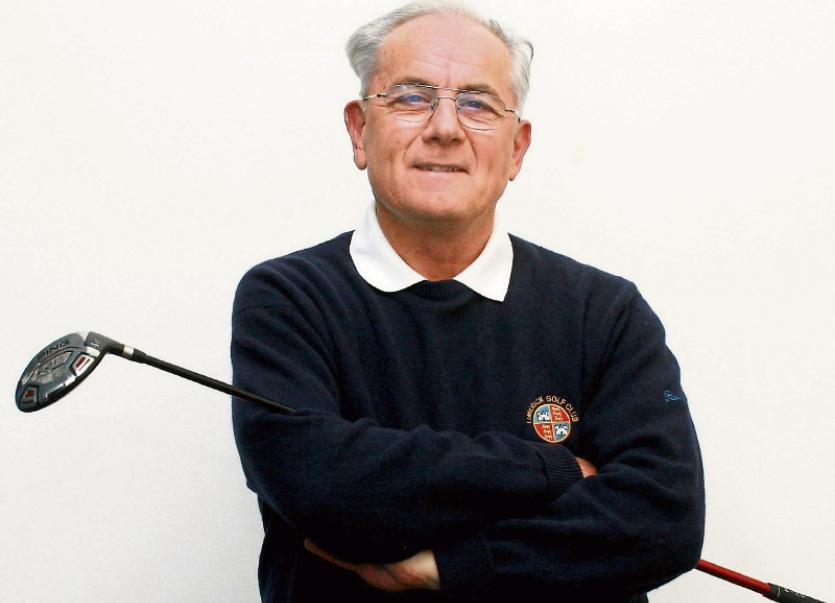 FOURTEEN years after his last win (of three) on the EuroPro Tour, Limerick's reigning IPGA champion, Tim Rice, came from 5-shots back to clinch his fifth win as a professional in the EuroPro Tour's FORE Business Championship at East Sussex National Golf Club on Friday last.

Going out in a steady 34, Tim was still four shots behind at the turn. Arriving in the clubhouse early with a good score always puts extra pressure on those behind and so it proved. One by one the pacesetters dropped shots and Rice's blemish-free back nine that included four birdies was enough to secure first prize.

“I’m surprised that I won. It’s a real bonus but also a dilemma. I love teaching and am trying to expand that part of my life. Although, I have been playing in fewer events abroad I am enjoying the IPGA circuit at home.

“The competitive bug never leaves you. The temptation to give Tour life another go is tantalising. At East Sussex, it wasn’t until quite late that I realised I might win. On the 18th, I went for a pin that you wouldn't normally take on so getting the birdie there was satisfying.

“There is a lot of golf to be played in the next couple months; the Challenge Tour at Concra Wood, County Monaghan, in October included. I'm hoping that my good form will continue"

GREEN reading books with drawings and arrows are not only gone; they are definitely gone but the proposed new rules governing their use still creates a grey area that will be hard to police.

I'd get rid of all notebooks - period. The only paperwork that should be allowed on the golf course are scorecards. Grant the use of DMD/Lasers (for measuring distances) and go play!

There's far too much timewasting reading notes instead of keeping one's eyes open and playing by sight and feel. It's the optics that I object to. It doesn't look like golf (to me) when players and caddies consult elaborate notebooks that a Project Manager would find confusing, especially on the greens.

The R&A and USGA should have gone the whole hog and banned greens reading books from the face of the Earth instead doing so with qualifications.

I wouldn't mind if the books really helped the players to hole more putts but there is no evidence that they do. Notebooks merely satisfy an insatiable thirst for information that can be gathered without writing anything down.

Judging distance without a mechanical aid was a vital skill once upon a time but some of today's professional golfers think it would be asking them to practice voodoo to play golf without their notebook and maps.

For a famous Shell's Wonderful World of Golf TV Match between Christy O'Connor Senior and the 1968 US Masters champion, Bob Goalby, at Ballybunion in 1970, a revered caddy at Ballybunion named Patsy Cooke was assigned to porter for Goalby, who insisted on knowing the exact yardage before every shot.

Cooke was unable to oblige. Goalby became increasingly agitated that his caddy hadn't a clue about yardages, but Patsy did know the correct club and 'right shot' that should be played in every situation. The match swung against Goalby on the 8th (now 13th) where the American wanted to know how far it was to get over Kitty's River.

Cooke didn't know the yardage and suggested the discretion of taking a certain club to stay short of it. Goalby didn't listen, went for the carry, and found an 'expensive' watery grave.

Isn't it surprising that the rules makers have been busy 'going after' square grooves, anchored putting techniques, greens reading books and have still done nothing about the one thing, more than anything else, that has changed the traditional characteristics of the game - the ball flying too far and courses constantly having to be lengthened?

While the advent of greens reading books has not contributed one iota to the entertainment of watching golf or made putting any easier.

To be frank, the new rule banning them is a red herring intended to distract us from two decades of inaction in the face of the 'distance problem.' In 2017, five PGA Tour pros averaged 310+ yards off the tee, this year (2018) that number has trebled to 15.

In 2018, 67 players have averaged over 300 yards off the tee, versus 38 last year, when the PGA Tour declared that the increase in distance was 'insignificant.' It makes absolutely no sense to me.

In the latest phase of the Distance Insights project, the R&A will now interact with golfers and stakeholder groups worldwide who will be asked a series of questions to elicit broad perceptions of distance on golf.

The findings are expected to be a vital component of a report, scheduled to be released in 2019. What's another year? You may say but I find it tortuous. It's distressing that older, more accurate players are increasingly irrelevant in competition with younger, longer, wilder hitters.

If older, lifetime players are driven from the game, it would be far more serious for its future as no juniors taking it up.