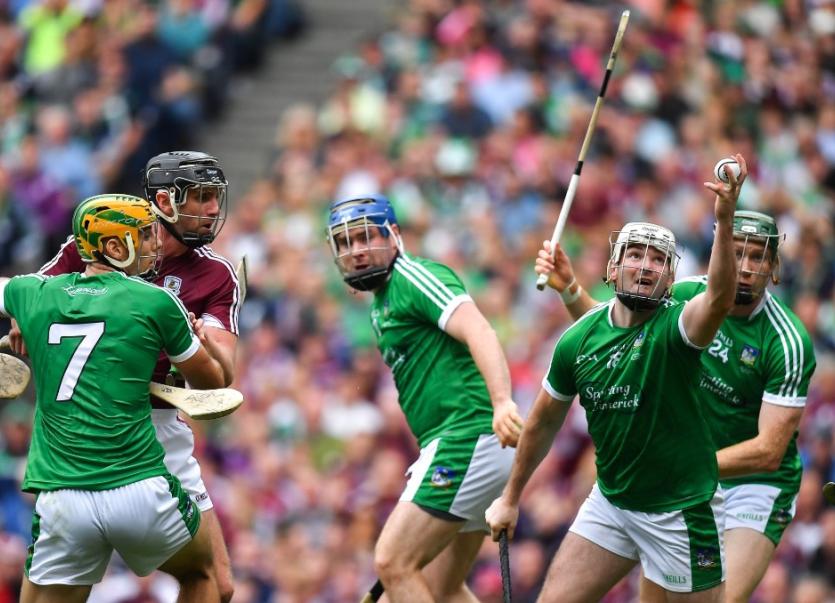 MORE often that not Tom Condon was in charge of the music selection in Limerick’s post-match dressing room.

It’s probably unlikely that Kelly Clarkson is on his play list but her biggest hit, ‘A Moment Like This’, would be quiet apt for the Knockaderry man.

Ahead of last Sunday, the experienced defender had seen just over 10 minutes of championship action. It didn’t appear he would add to that appearance, until two minutes into injury time last Sunday when Richie English sustained a hamstring injury.

“It hasn’t sunk in yet - it’s surreal. I’m on the road since ‘09 and I have been dreaming of these days since I was a young lad,” beamed Condon.

“​It’s been a long road - I’ve been in and out for the last two years and to finally get a chance to come on in an All-Ireland final is something special and to come out with that last ball will be a moment I will cherish,” he outlined.

“When Mike Casey came off and Richie (McCarthy) went in, I thought there was my chance gone because it’s very rare to have two substitutions in the full back line. All year it was mainly our forwards that were our substitutions. But you are called on and you just have to compose yourself and get on the field and concentrate on what you are doing. When you are sitting on the bench, you would be a nervous wreck but when you are called upon, all that goes and you just have to switch on and you have a job to do,” said the popular west Limerick man.