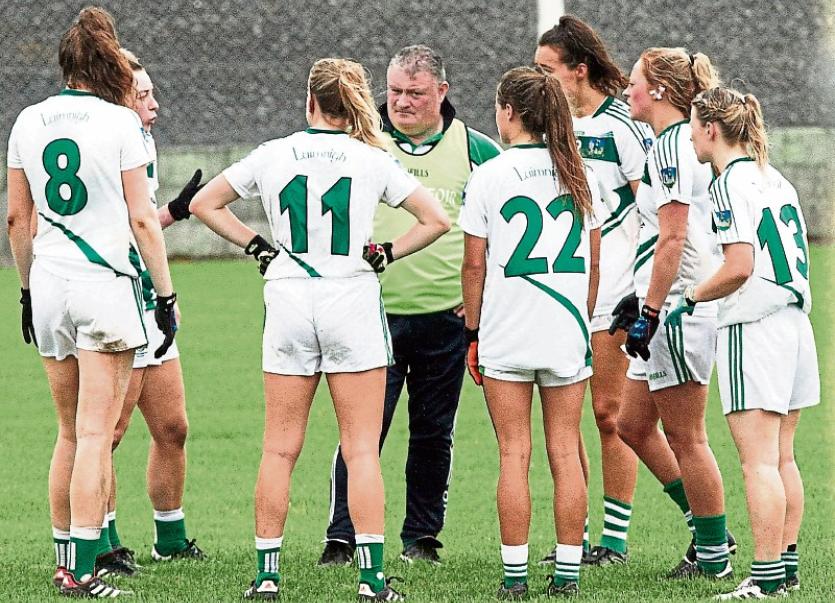 THE Limerick Ladies Football side are hoping to gain confidence from the All Ireland Hurling title win as they chase their own glory.

This Sunday (12.30) Limerick play London in the All Ireland Junior Football Championship semi final in Mallow.

The prize on offer is a September 16 All Ireland final in Croke Park – a final which would be live on TG4.

“We take from the hurlers and they are definitely after giving the girls confidence. Now that they see the hurlers have got to the Promised Land, they want to do the same,” said Ladies Football manager John Ryan.

“After last Sunday everybody wants to play in Croke Park. Everyone of our panel were in Croke Park. I was there myself and looking down at the pitch you think we are an hour away from playing here in an All Ireland final but it is going to be a very difficult hour,” explained Ryan.

Standing between Limerick and a final spot is a London side, managed by Oola native Paddy Bowles.

“They are going to be very strong and very hard to beat – they beat Antrim and should have beaten Louth,” said Ryan.

It’s going to be hard but we will go and hopefully have a crack off them.”

Limerick are looking to build on the display which saw them overcome Carlow in the previous round.

“I knew there was a good performance in them but I didn’t know they would go as good as they did,” said Ryan.

“When we took over this team we targeted the National Legaue semi final and going into the championship it was an unknown because we didn’t know how strong teams were going to be. Our target is to get out of Division Four and to get up intermediate – that’s the overall, long term target.”