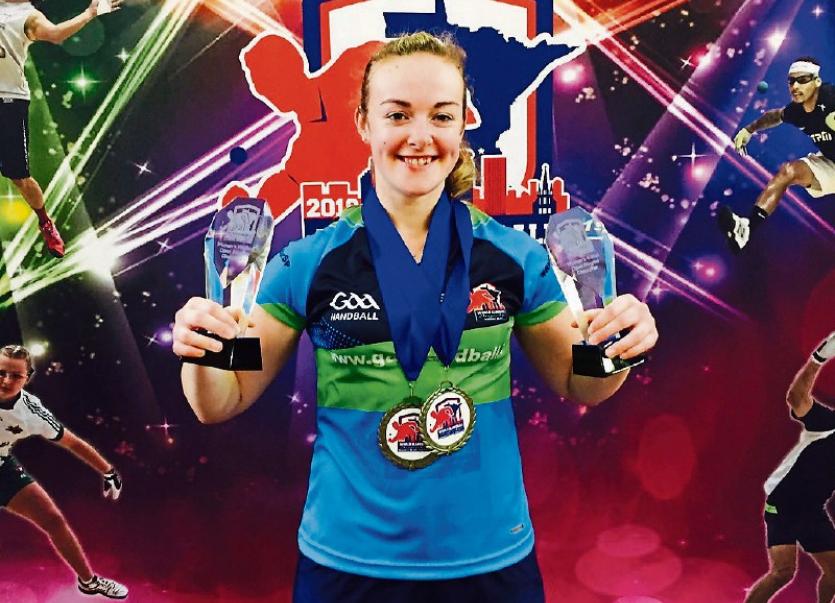 HANDBALL star Martina McMahon has swept the boards at the 2018 World Handball Championships.

The Broadford Handball Club members became the first woman ever to slam both the 1-Wall (won last week) and Sunday’s 4-Wall World Championships.

The Ladies Senior Singles final was a repeat of the Irish Singles Final, against Catriona Casey, that was played last March in which Martina McMahon won by a single ace and that win confirmed her position as Ladies captain for these Worlds.

McMahon followed up her singles win by teaming up with Antrim’s Aisling Reilly to take the Ladies Open Doubles title defeating Catriona Casey-Aishling O’Keeffe 21-5, 21-15 to take the title for the second time.