45 years of Limerick hurling heartbreak over in an instant 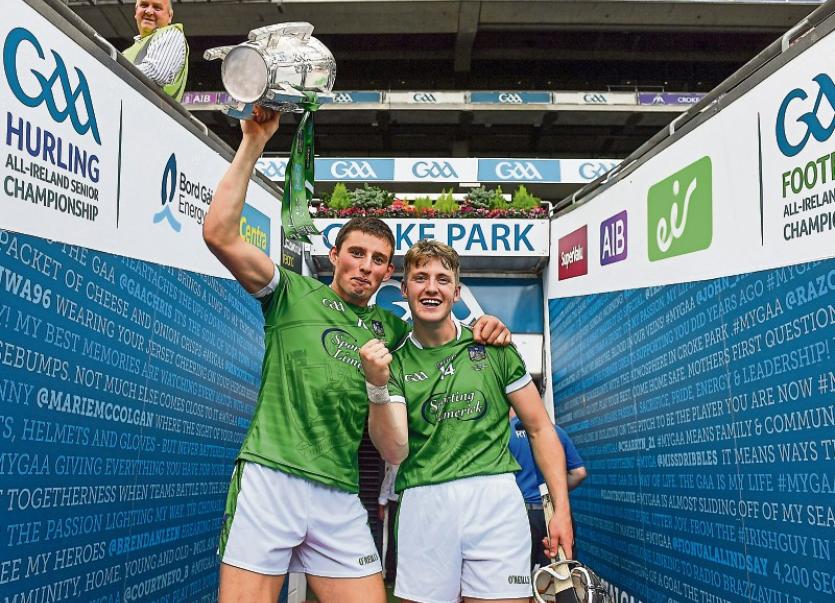 FORTY-FIVE years of hurt, 45 years of pain, over in an instant.

When James Owens called for the ball after eight minutes of added time, he called time on decades of heartbreak and agony for the Treaty County.

After decades of alternating between also-rans and bridesmaids, Limerick hurling is now at the pinnacle.

Of course the build-up had a lot of talk of 2007 and the Limerick roar.

On Newstalk’s Off The Ball on Saturday, Kilkenny’s Richie Hogan brought it up again, saying he had never experienced anything like that atmosphere before or since.

Well, the green and white clad supporters outdid their reputation on Sunday in what was an electric atmosphere in Croke Park.

Credit, obviously, to the exceptional group of players. Unlike previous Shannonside teams, the rollercoaster that is following Limerick hurling has more highs than lows.

But this win has meant that the class of 2007, talented as they were, are no longer the benchmark.

The aforementioned roar was heard once again to greet the team onto the field, where every score was met by a cacophony of noise.

Every time Limerick won a free or a defender came out with the sliotar the crowd showed their appreciation for every little thing John Kiely’s men did.

When Graeme Mulcahy bundled the ball over the line to raise a green flag, the supporters dared to dream.

There were nerves, but that was understandable.

Five wides in the opening four minutes undoubtedly had those in green and white recalling past heartbreaks but as we saw with the wins over Kilkenny and Cork, history has no burden on this team.

Kyle Hayes and Aaron Gillane stretched the lead out to a scarcely believable eight points 10 minutes into the second half.

The Kildimo-Pallaskenry man, who suffered Croke Park disappointment at minor level, showed maturity beyond his years with a stellar display at centre forward.

In the third quarter Limerick inspired by the forward line, took the game by the scruff of the neck and once again, the supporters began to believe.

A relatively straight forward cross field ball to Joseph Cooney rolled over the sideline as the Galway wing-forward lost the flight of the ball.

It was a little moment but at a time when Galway badly needed a score it felt big. The champions were rattled.

But like champions do, they fought back, we knew they would.

Granted, it got too close for comfort and those nine minutes of additional time were torturous.

But this team is different. They didn’t collapse they refused to let a Joe Canning-inspired comeback get in the way of their destiny.