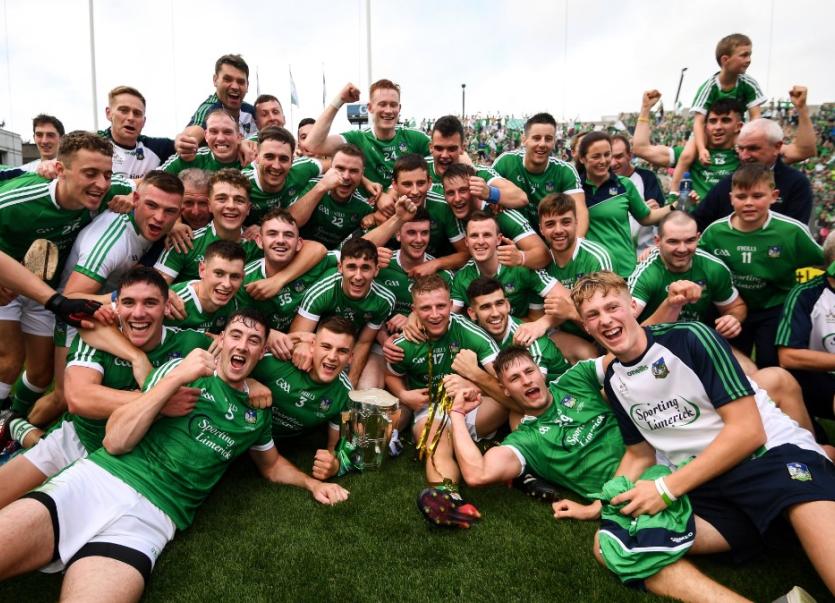 LIMERICK are the "champions of the world", declared JP McManus.

The long serving Limerick GAA sponsor visited the victorious Limerick hurling dressing room beneath the Hogan Stand to a rapturous reception as he lofting the Liam MacCarthy Cup high.

“If I had my way I would make it a Bank Holiday,” added the South Liberties man of the Monday celebrations in Limerick.

“It’s so special - I am really proud. I don’t know if I ever got as much pleasure out of a game as I got today and I know I have a heart,” he said in reference to the tension filled final 10-minutes.

“It’s such a privilege for me and my family to be associated with lads like you - the way you behave on and off the field is so so important. In the world we live in today, we have a lot of young fellas that look up to and admire everything you do. Young fellas will now want to grow up with a hurley in their hand,” enthused McManus.

Later on Sunday night, the team sponsor was among the guest speakers at the team’s Victory Banquet in the City West Hotel.

“On behalf of myself, Noreen and the kids it’s such an honour and privilege to be associated with this great bunch of young men and their wives and girlfriends who play a big part also in making sure that things run as smoothly as they can for their partners,” said McManus.

“We are involved with this group of lads but to say they are involved is not enough - this is a committed bunch. It’s an old phrase of my but the difference between being involved and being committed is like when you have bacon and egg for breakfast - the hen was involved but the pig was committed!” said McManus.