Limerick Man of the Match Kyle Hayes: "We have achieved something special" 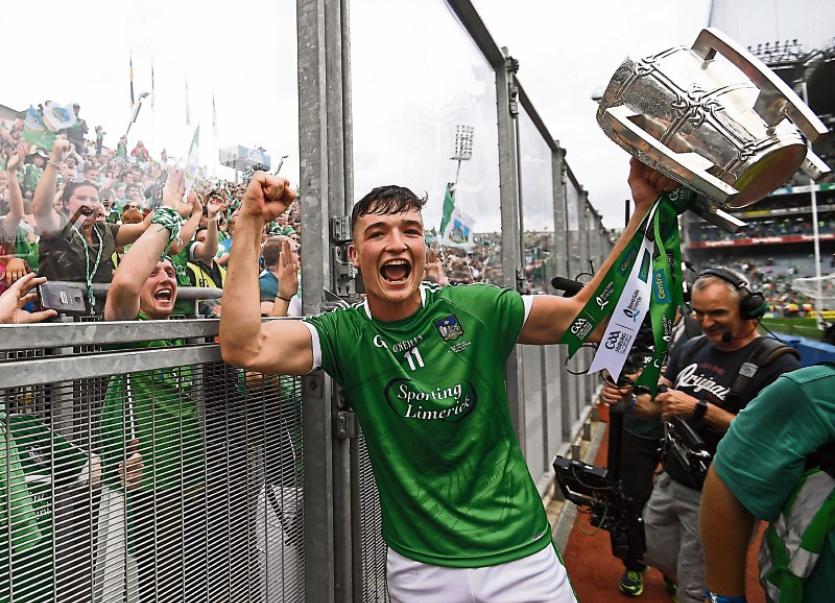 ”It is a long time coming, 45 years,” he said with a smile of contentment.

“Yeah, it feels good, especially after last year with the U-21 medal in the back pocket. It is a special feeling. Two years ago, I didn’t think I was back up here, winning something,” he said in reference to the 2016 minor final loss.

He praised the Limerick support and thoughts turned to the homecoming.

”It is going to be mental, you saw it out there, there are still supporters out there 45 minutes after the final whistle, You just saw what it meant, we have great supporters,” he said.

Hayes hit three points from play at the start of the second half as Limerick built an eight point lead but Galway thundered into the contest in the final quarter.

”I wouldn’t say panic, you always trust the fella next to you to make something happen. Thankfully, we got to grips with them early on but for the last 10 minutes, Galway just showed us what they can do. They were always going to have a purple patch, and it happened in last 10 minutes,” he recalled.

“I always knew that we would have that energy. We always finish strongly anyway,” said the UL student.

What of his own display, which merited the Sunday Game Man of the Match?

”You have some of those days when the ball breaks for and you can come onto it, lads were just popping back the ball and I was just the right guy in the right position. It was based on the other lads’ hard work,” said the centre forward.

Hayes said that a league win against Galway was the foundation for championship confidence.

”Funny enough, the first time we played Galway above in Sathill, we were eight points down and to come back against the All-Ireland champions in their own home venue, a thing like that you know there is something special in the group,” said the Kildimo-Pallaskenry man.