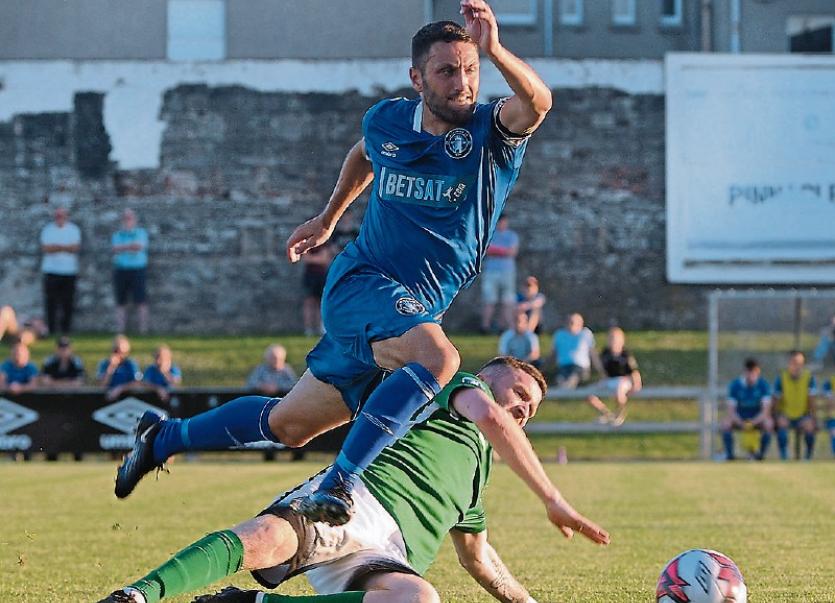 LIMERICK FC look destined for the promotion/relegation playoff following a disappointing 3-1 defeat to Sligo Rovers at the Markets Field this Friday night.

A brace for Mikey Drennan and a stunner from veteran Raffaele Cretaro cancelled out Shane Duggan’s strike.

Blues boss Tommy Barrett said in his programme notes that this game was a must-win, or his side would face the playoff once again.

Therefore, his side’s flatness in the opening half will frustrate him. Bar a flurry of half chances evenly split between the teams, the key moment of the first 30 minutes was the introduction of Raffaele Cretaro after Rhys McCabe limped off.

The League of Ireland veteran made an immediate impact – crossing for Mikey Drennan to score the opening goal of the game, following the winger’s cross from the right flank.

Five minutes after the break, Drennan would double his tally from the spot – sending Holland the wrong way.

Duggan pulled one back ten minutes later, but Cretaro’s thunderbolt put the game beyond the hosts.