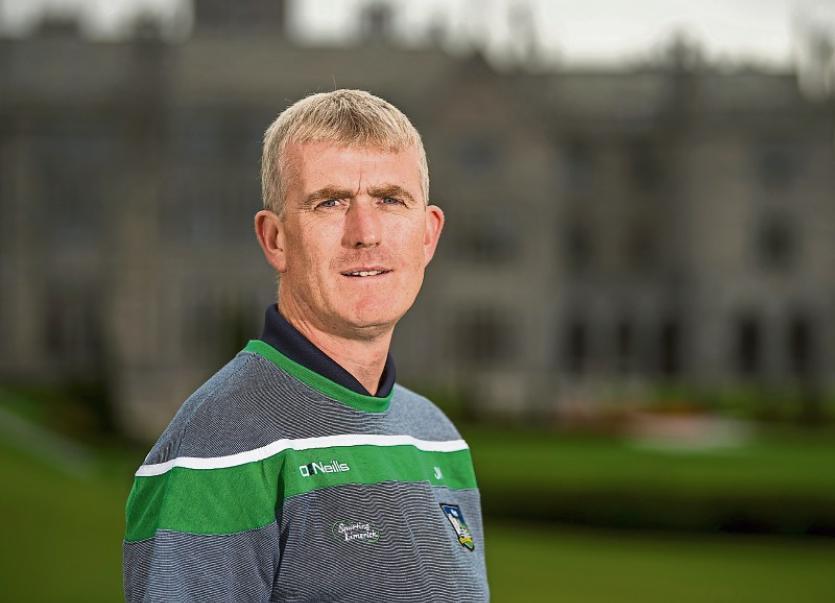 JOHN Kiely is bidding to make it third time lucky on All Ireland SHC final day.

“I was on extended panel in ‘94 and on the bench in ‘96,” said the Limerick hurling manager.

“They are games that Limerick had put themselves in really good positions. A number of instances occurred in each one of them that are hard to legislate for. In ‘94 we failed to retain a couple of possessions that had we got one or two more points at vital times it would have stemmed Offaly’s momentum. We needed to break the momentum in that last 10-minutes but failed to do so. When you get momentum at a key stage it can be furiously difficult to break that.

“Against Wexford we had an injury to Owen O’Neill going into the game and as a corner forward he was after having a phenomenal year and scored loads of goals and he had a bad ankle injury going into it. Sean O’Neill got injured at the outset and Gary Kirby got injured subsequently and that knocked and broke the team’s rhythm,” recalled the former defender.

“At the time it was difficult but those years are history and have no bearing on what happens the next day. For this group it is all about the next day and the next day - they don’t look back,” he stressed.

But legacy is important to Kiely.

“Only for those teams, 1980, 1994, ‘96 and 2007, 1974, ‘73; they in their own right created the culture and tradition that is now there and but for those events would these lads be here? Look at our young lads - Kyle Hayes was probably eight in ‘07 and I am sure he spent a lot of evenings pucking the ball off the wall when he was young because of ‘07. Every generation that comes through hopefully fosters another one and hopefully this group will do likewise over the next couple of years,” outlined Kiely.

“The likes of Paddy Kelly and Leonard Enright and Liam O’Donoghue and these guys were guys we would have jumped around the fields at home and spoke about. I was a huge fan of Leonard Enright and the Carrolls Jimmy, Mossie and Bomber (Brian) were from my own area just back the road and every generation looks to the players of the time.”

What of Sunday’s final?

“We know what Galway are at - we have seen them for the last five years. They are a really powerful unit and haven’t lost a game this championship; eight games unbeaten and went through last year’s Leinster Championship and All Ireland series unbeaten as well - they are the form horse and the standard bearers in hurling in the country at the moment. It’s great for us to stack up against them and see where it takes us,” said Kiely.