Declan Hannon: Limerick "are a slightly different animal this year" 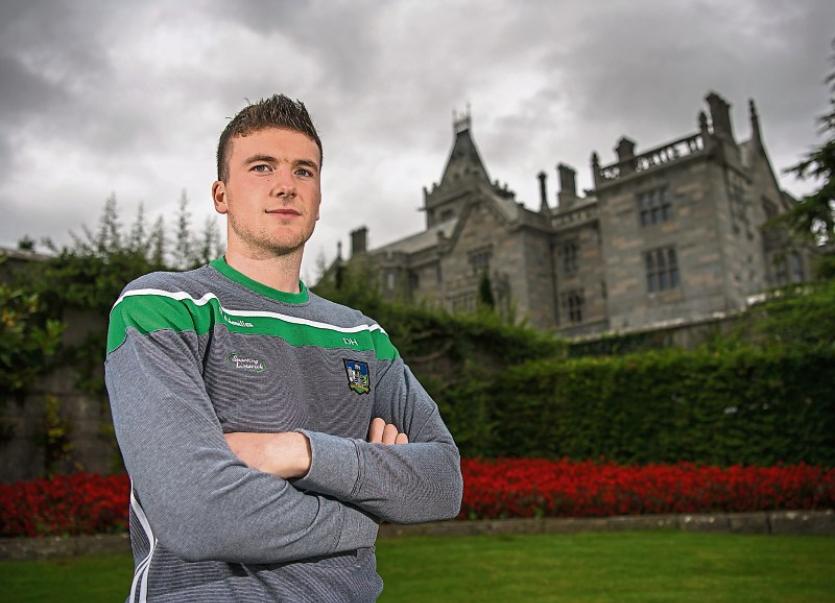 DECLAN Hannon was on Hill 16 the last time Limerick played in an All Ireland hurling final but on Sunday it’s the Hogan Stand that the county captain is targeting.

A teenager in 2007 when Limerick lost to Kilkenny, the Adare man bids to lead The Treaty County to a first Liam MacCarthy Cup title in 45 years this Sunday.

“I went to last year but before that I hadn’t been to one in a few years - sometimes it’s hard to watch them. In 2013 and ‘14 it was hard because we were involved in the All ireland semi finals and you don’t really want to be there unless you are playing,” said Hannon of All Ireland SHC final day.

Remarkably, Hannon could be on of just three from the 2013 Munster SHC winning team to start Sunday’s final, along with Nickie Quaid and Graeme Mulcahy.

”This is a totally different group and a different year and we just take this year on it’s own and don’t compare it to anything else.”

“Us as players have a bigger job on our hands than going up and having a bit of craic - we are just focused on what happens inside the four lines on the field.”

He explained: “There are loads of distractions If you go looking for them but I haven’t seen a whole pile. I won’t change anything this time of the year - it has served us well,” said the Adare man, who works in recruitment with UniJobs in Castletroy.

Many in the Limerick panel are in Third Level education but Hannon prefers to be occupied during the championship months.

”I don’t know what I would do with myself throughout the day. I prefer to be going into work Monday to Friday,” he said.

The Adare man said that competition for places in the 36-strong Limerick panel is a key ingredient of their 2018 journey to Croke Park.

“Even short-sided games that we have in training are very intense. I don’t think we have played too many challenge games against opposition counties - we played Wexford but other than that there were all in-house 15 v 15 and it’s served us well,” he outlined.

The captain is pin-pointed the importance of the team’s mental strength.

“Every team gets a purple patch at some stage so it how you counter attack that when the opposition has their purple patch that can be the winning or losing. You do feel it when you are gathering momentum and there are a few big plays - I remember against Kilkenny Dan Morrissey caught a few balls and that changed the momentum,” he recalled.

While the wins over Kilkenny and Cork booked a spot in the August 19 final, the low-point of the championship was the loss to Clare in Ennis.

“We were very disappointed afterwards - we just didn’t perform on the day and that was the most sickening thing. At the start of the year all we wanted to do was give a performance each day we went out and we didn’t that day. It hurt but the good thing was we only had two weeks till the next round so we had to get over it quickly and get back on the horse to give a performance against Carlow and then Kilkenny.”