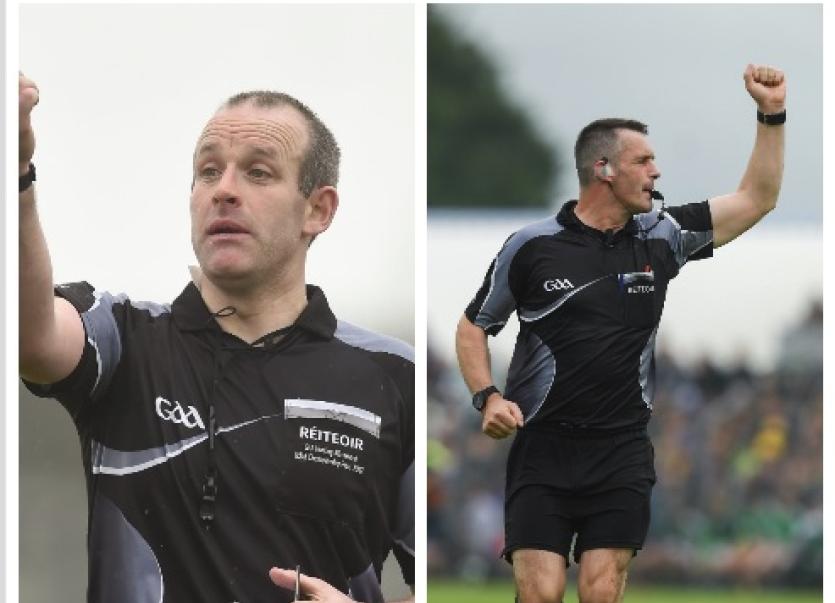 The GAA has today confirmed the referees and match officials for the 2018 GAA Hurling All-Ireland Senior and Minor Championship finals on August 19.

James Owens will referee the Senior Final, while Johnny Murphy from Limerick will officiate in the Minor game between Galway and Kilkenny.

Wexford native Owens will take charge of the All-Ireland Senior final between Galway and Limerick in what will be James’ second Senior Final having previously refereed the 2015 Final between Kilkenny and Galway.

Owens, who is a member of the Askamore club, has also refereed the All-Ireland Minor Final in 2007, All-Ireland Under 21 final in 2008 and the All Ireland Senior Club final 2015.

His umpires on the day will be James Dunbar and David Owens (both Askamore), Joe Kelly (Naomh Éanna) and Ian Plunkett (Marshalstown).

Tipperary’s Fergal Horgan will be the standby referee. The other linesman is Sean Cleere (Kilkenny) and the Sideline official will be Patrick Murphy (Carlow).

Meanwhile, Johnny Murphy, who will be officiating the Minor final, is a member of the Ballylanders club.

His umpires on the day will be Mike Meade, James Hickey, Jimmy Barry-Murphy and Kieran O’Callaghan (all Ballylanders).

Cork’s Diarmuid Kirwan will be the standby referee, the other linesman is Sean Stack (Dublin) and the Sideline Official will be Thomas Walsh (Waterford).