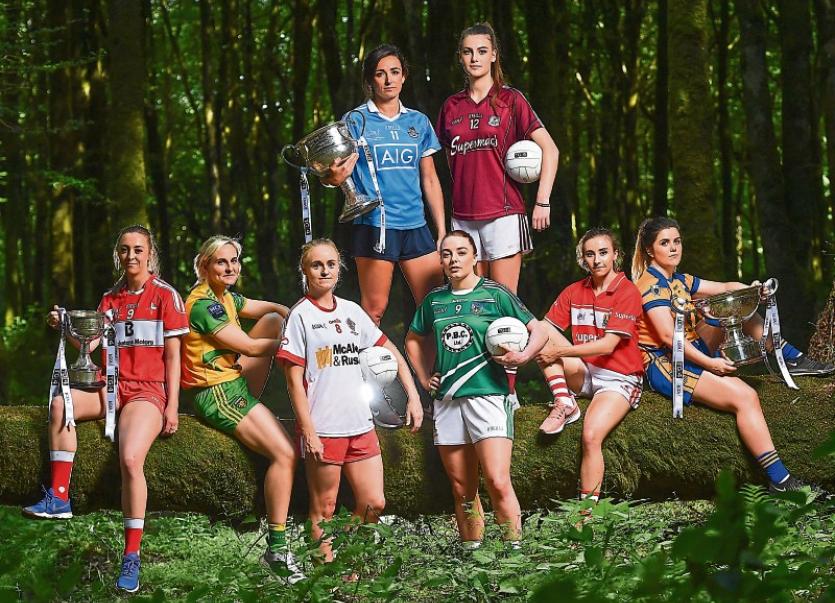 At the launch of the TG4 All Ireland Ladies Football Championship

John Ryan’s side are grouped with Derry and Carlow.

This Saturday (2pm) Limerick are away to Derry in Ballymaguigan.

Two out of the trio progress to the All Ireland semi finals and as Carlow have already beaten Derry, Limerick will only need to win one of their two games to reach the last four of the championship.

Limerick overnight in Dungannon on Friday and manager John Ryan stresses that all preparations have been with championship in mind.

“We were only appointed in mid-December and when we got together in January only had a few weeks before the league started. We got some good results and were very competitive. After the league we had a chance to regroup for the championship,” outlined manager John Ryan.

“The girls have been great. We have had 27/28 training in Banogue and they are really responding. Jim (Moran) is one of the best coaches I have worked with and the girls have really bought into everything he has asked,” said Ryan, who along with Moran, also has selector Paul Butler and liaison officer Aideen Fitzpatrick as part of his backroom team.

“We beat them (Derry) in the league but they will be different this time round. They have a lot of players back since then,” said Ryan.

“It will be a massive challenge – they were in the All Ireland final last year and only beaten by Fermanagh after a replay. They lost to Carlow in round one so they will be fighting for their lives and will no doubt have targeted this game as their home game.”

Caoimhe Clancy and Louise Ryan will miss out injured but key players in the quest for victory will be Cathy Mee, Mairead Kavanagh, Sarah O’Sullivan, Kristine Reidy and Catriona Davis.

After this Saturday, Limerick’s final group game will be a home tie against Carlow on the weekend of 11/12.