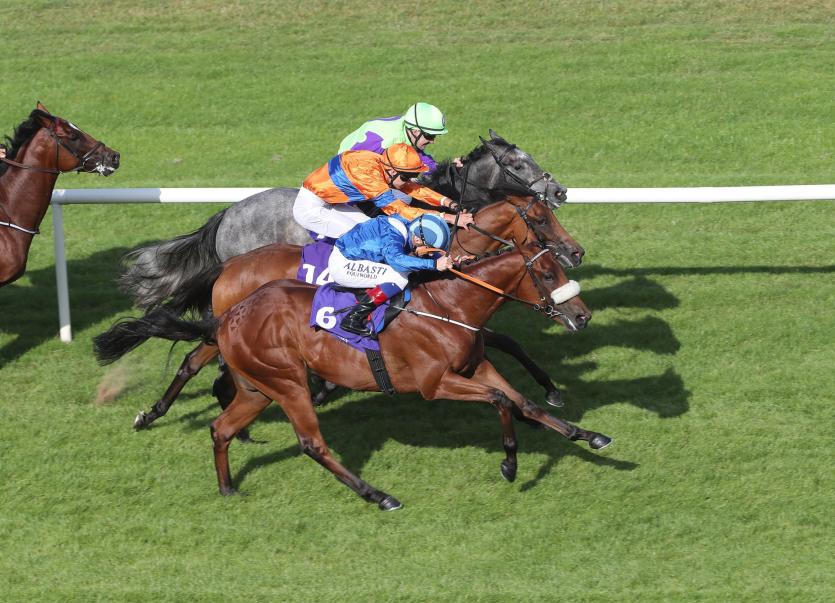 Favourite backers had Chris Hayes to thank as Koybig got up on the line to win Download The Ladbrokes App Handicap at Killarney on Monday evening last. The 5/2 favourite, trained by Pat Murphy in Castlecomer, just lost out at Bellewstown last time but came out on the correct side of a photo-finish on this occasion, beating Prosecution by a short-head.

Charles Byrnes saddled two winners at Killarney on Thursday with Viking Hoard and Kevin Brouder landing the 2m4f opportunity handicap hurdle at odds of 3/1 before 8/1 chance Not For You and Donie McInerney won the handicap chase. Both winners carried the colours of the Byrnsey Boys Syndicate.

Chris Hayes was back in the winners’ enclosure when the Kevin Prendergast-trained Motashakel won the 7f auction maiden by a neck from Joseph O'Brien’s Syrena.

There was plenty of overseas success at the Curragh with the Darley Irish Oaks going for export once again. Brilliantly ridden by James Doyle, Sea Of Class won for trainer William Haggas, the 11/4 shot coming from off the pace to deny Epsom heroine Forever Together by a neck. The Tote Scurry Handicap went to David O’Meara’s Intisaab which was ridden by Daniel Thudhope and the North Yorkshire trainer doubled up when the Doyle-ridden Larchmont Lad won the Group 2 Minstrel Stakes. Doyle was also in the saddle as the Mark Johnston-trained Marie’s Diamond won the Group 3 Anglesey Stakes on his second visit to the course this year.