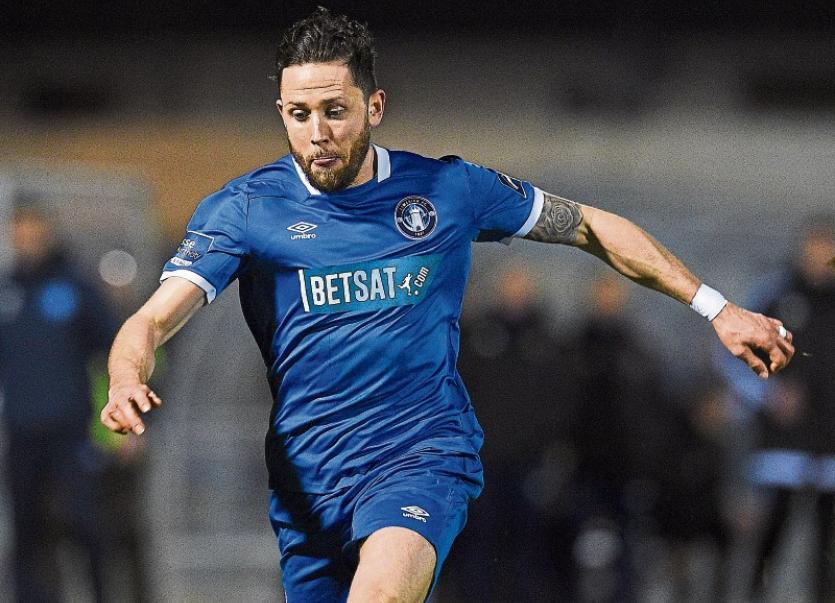 A HUGELY trying week off the pitch for Limerick FC ended with a frustrating 2-1 defeat away to St Patrick’s Athletic in the SSE Airtricity League Premier Division at Richmond Park on Friday night.

Second-from-bottom Limerick had led their hosts – who had lost their seven previous league fixtures prior to kick-off –  1-0 at half-time, thanks to Billy Dennehy’s 17th minute goal from the penalty spot.

A 1-0 interval was no more than Limerick deserved as Maguire had earlier spurned two chances after splendid work by both William Fitzgerald and Connor Ellis.

It was an impressive showing from Limerick who have seen their training schedule disrupted on the back of the late payment of last month’s wages and the possibility of the players taking strike action ahead of next Friday’s home league fixture with Waterford Utd.

Despite those off-field issues, Limerick turned in a lively first half showing, as the influential Fitzgerald himself might have scored in the 38th minute when his half volley from a Killian Cantwell cross flashed just wide.

Here's the penalty incident & spot-kick from Billy Dennehy that has Limerick ahead at Richmond Park.

Pat’s were restricted to an Ian Bermingham header from a Killian Brennan free kick that just cleared the far post and a long range effort from former Limerick FC player Conor Clifford that screamed over the top on the stroke of half time.

However, St Pat’s hit back in the second half, the hosts equalising from the penalty spot, with half-time substitute Conan Byrne dispatching the spot kick after he was hauled down in the box after a corner played short.

Three minutes later and St Pat's were ahead, with Conan heading home from a Darragh Markey cross from the right wing.

Limerick will feel they deserved to take a point from the game, however. Killian Cantwell saw his well hit effort crash against the crossbar, before Will Fitzgerald appeared to flick the ball into the net  off Karl O’Sullivan’s attempt for a last gasp equaliser.

However, Fitzgerald’s goal was disallowed for offside by the lineswoman. It looked a marginal call.

The defeat leaves Limerick stuck second-from-bottom in the table, six points clear of basement side Bray Wanderers who were thumped 6-0 by Bohemians.

Limerick, who occupy the relegation play-off position in the table, five points adrift of Sligo Rovers who also have a game in hand on the Blues.

"We'll keep fighting till the end"