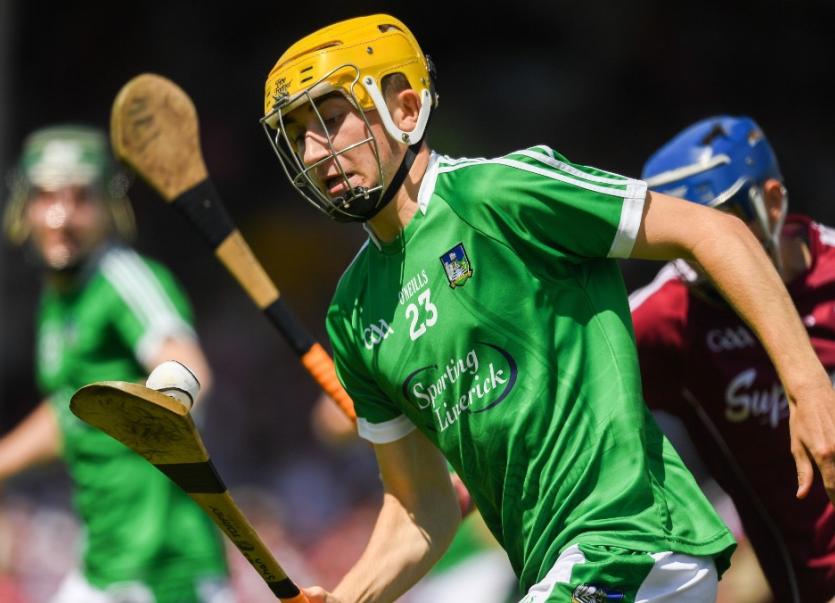 Andrew Shanahan starts after being introduced against Galway two weeks ago

Limerick travel to Semple Stadium in Thurles for the winner-takes-all clash with Kilkenny. In their seventh game of the championship, a Limerick win would book a July 28/29 All Ireland MHC semi final with Dublin in Croke Park.

Limerick are bidding to end a run of successive defeats - Tipperary in the Munster final and two weeks ago Galway in the round one quarter final.

Both Limerick and Kilkenny have lost to Galway so the winner on Saturday (3pm) in Thurles will join the Tribesmen, Dublin and Tipperary in the last four. Kilkenny would advance if the sides finish level in Semple Stadium.

Limerick have made two changes from the loss to Galway - captain O'Donnell back after an injury that has hampered his campaign. He was introduced as a sub against Waterford but was later forced off injured again.

Also coming in for his first start is Andrew Shanahan, who was among the subs used in the loss to Galway. Colin Coughlan and Bryan Nix drop down to the substitutes bench that is again rotated with a numbers of fresh faces appearing for the first time.

Both changes are in attack - the Limerick goalkeeper and defensive six have remained unchanged throughout the championship. In total the same 11 players are set to start their seventh game of the championship.