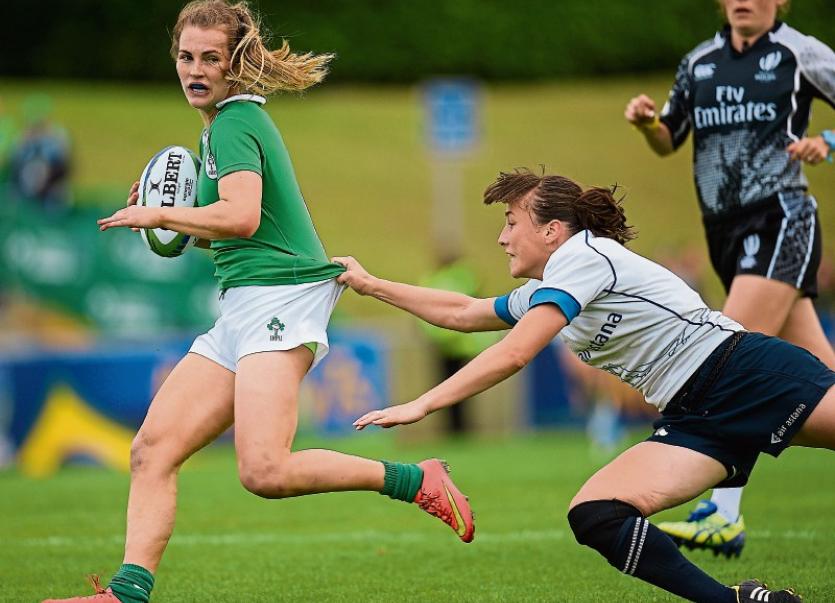 FOUR Limerick-based players have jetted off to the USA to represent Ireland in two Rugby World Cup Sevens Tournament.

Greg O’Shea, of Shannon, is included in the Ireland Men’s 7s squad which will complete the mens event at the prestigious Rugby World Cup Sevens in San Francisco.

The tournament features the world’s top 24 men’s and 16 women’s teams and will be played from this Friday July 20 to Sunday, July 22 at AT&T Park in San Francisco’s Bay Area.

Twenty three-year-old Greg O’Shea, who has been a member of the Munster Academy, impressed for the Ireland 7s teams in a number of international events in recent seasons.

The tournament format for the Rugby World Cup Sevens in San Francisco is a knock-out style draw, meaning teams will have to win every match in order to be crowned World Cup winners.

The opening round is an initial knock-out qualifier featuring the nations ranked ninth to 24th, while the top eight seeds progress automatically to the round of 16.

Meanwhile, three Limerick-based players have been included in the Ireland Women’s 7s squad to compete at the upcoming Rugby World Cup Sevens in San Francisco.

Limerick woman Aoife Doyle, of Shannon RFC and Railway Union and the UL-Bohemian duo of Louise Galvin and Deirbhile Nic a Bhaird have been named in IRFU Director of Sevens Rugby Anthony Eddy squad to travel to the USA later this month.

The tournament features the world’s top 24 men’s and 16 women’s teams and will be played on next Friday and Saturday again  at AT&T Park in San Francisco’s Bay Area.

The tournament format is a knock-out style draw, meaning teams will have to win every match to be crowned World Cup winners. Ireland face England in the Round of 16 match, with the winner progressing to the Championship Quarter-Final, while the loser will go into the Quarter-Finals of the Challenge competition.