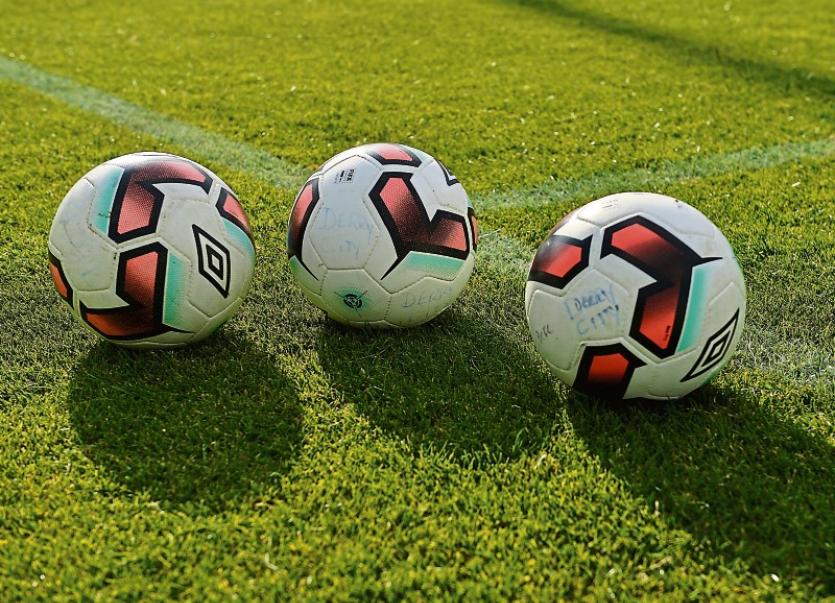 Limerick FC players have voted in favour of strike action

LIMERICK FC players have voted in favour of industrial action following a ballot this Tuesday afternoon, it is being reported.

RTE Sport are reporting that notice of the industrial action will be served on the club in the coming days over their failure to guarantee player wages’ for the rest of the season.

Leader Sport understands that some players were paid outstanding wages  from last month this Tuesday and that a commitment to honour other outstanding monies due has been made.

However, no guarantees as to future payment of wages over the remainder of the season has been given by the club and the players have reached a decision to strike with an overwhelming majority.

In a statement issued on Tuesday evening, Limerick FC said that PFAI officials had requested that the club lodge the players’ salaries for the rest of the season into an escrow account guaranteeing players’ salaries up to October 2018.

However, the club believed the request to be ‘unreasonable, particularly given the history of Limerick FC in honouring all of its commitments to players.’

A SIPTU representative met with the players of Limerick FC in Limerick city at 12 noon today to discuss the possibility of balloting union members in relation to a pay dispute at the club.

However, as the players would give seven days notice in the case of strike action, Limerick would fulfil their fixture in Inchicore on Friday night.

However, the decision to take strike action casts doubts over their scheduled home date with Waterford Utd at the Markets Field on July 27 going ahead.

Meanwhile, in a statement issued on Tuesday evening, Limerick FC apologised to the players and staff at the club for the delay in payment of salaries that were due to be paid on Friday, July 6, 2018.

“The club takes full responsibility for this matter and would like to make it clear that the club is solely responsible for the players’ contracts. There has been a lot of questioning of the FAI’s Club Licensing system throughout this period, but, again, the club are the holders of players’ contracts.

“Before the 2018 season, the club submitted what was a prudent budget – through the Club Licensing process – as it budgeted for an income less than our actual income for the 2017 season. The budget produced showed a breakeven.

“However, our gate receipts and match-night income has been well below the levels achieved over the last number of years. That has resulted in the club taking immediate action to reduce costs overall and the first opportunity to restructure the playing budget came in the July transfer window, where six professional players left the club by mutual agreement.

“In May, the players’ wages were due on Friday, June 1. Bank transfers were made to a number of players on that day and the balance due to the remaining players was paid prior to their next training season on Monday, June 3.

“However, on the Monday, PFAI officials arrived to our training ground and requested that the club lodge the players’ salaries for the rest of the season into an escrow account guaranteeing players’ salaries up to October 2018. That request was deemed unreasonable, particularly given the history of Limerick FC in honouring all of its commitments to players.

“The club have taken measures to cut costs over the last number of weeks to ensure we can fulfil our contracted obligations to staff and players. We will continue to monitor our projected income streams and should the need arise make more adjustments.

“The club chairman met with some players on Friday last, July 13, and arising from that meeting it was agreed that he would meet the entire squad on Monday, July 16.

“The club, as requested, did make efforts to meet the players on Monday morning (July 16), to try to resolve the issue, However the players did not attend meeting.

“On the Monday evening, the club received communication from the PFAI that they had arranged a meeting with the players for Tuesday, July 17 to ballot them on strike action.

“We are extremely disappointed by this action, particularly given that the PFAI have at no time requested a meeting with the club to discuss the situation nor try to find a resolution. The PFAI’s only course of action was to look for an escrow account for players’ salaries and then call for strike action.

“This was very disappointing and would only further reduce the club’s potential income and ultimately create more issues with payments to their members that remain employed by the club.

“The action of the PFAI and the leadership by Mr McGuinness in their decision-making, during this time, has not being conducive to create a good working environment between players and management.

“It should be noted that since 2009 there has been no occasion for the PFAI to contact Limerick FC regarding non-payment of players’ wages. In the last three seasons alone the club have honoured just over €1 million in players’ salaries and while doing so created on average 45 number jobs per annum in Limerick FC.

“On Monday, July 16, the club attended a meeting with FAI officials and as a result, the following sanctions have been applied to the club.

Limerick FC accepts the decisions of the FAI and will move forward to work with our players for the remainder of the 2018 season.”